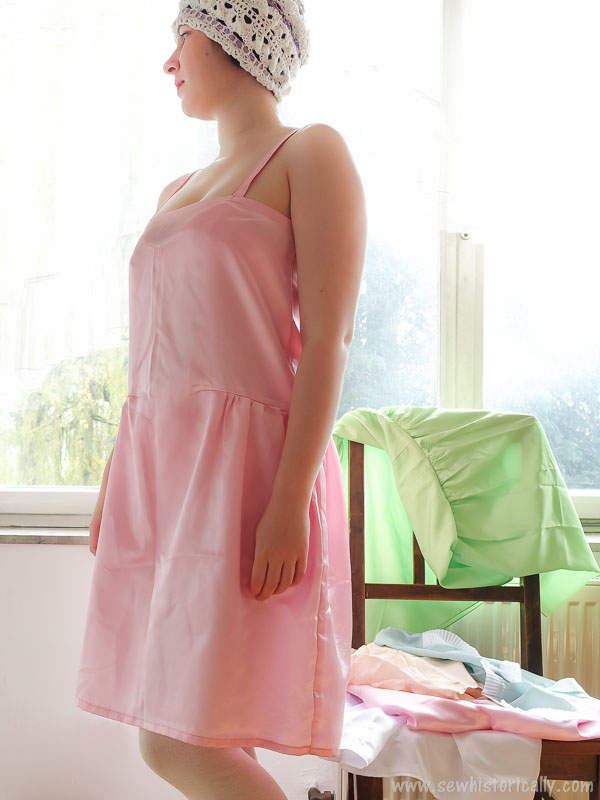 1920s dresses are often very sheer so it’s absolutely necessary to wear a slip underneath!

1920s slips came in different colors either to match the dress or to change the color of the sheer dress. 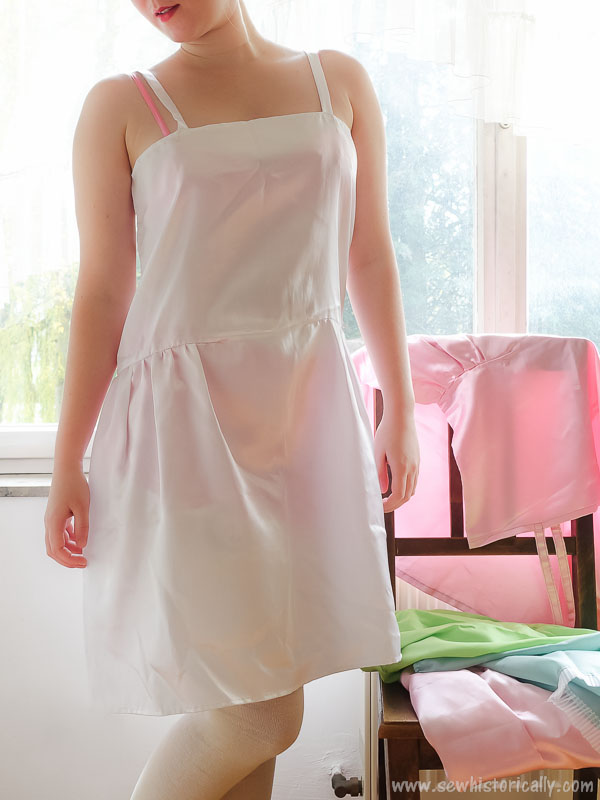 ‘For wear in the home or under cotton dresses, sateen, long-cloth, […] or a light-weight muslin will be found satisfactory. For dressier wear, crepe de Chine, […] crepe-back satin, and pongee, as well as the knitted silks […] have the required smoothness […] [for] a wool or silk dress’. (Underwear And Lingerie, 1926)

‘Some of the lining satins make attractive slips which will last a season, and are very inexpensive.'(Clothing For Women: Selection, Design, Construction, 1917) 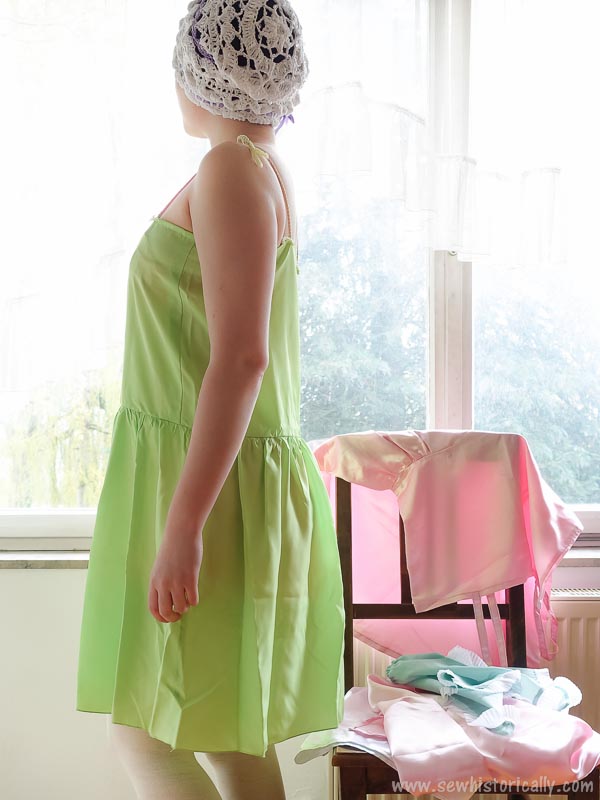 Sewing a 1920s slip is really simple and doesn’t even require a pattern! The top and bottom parts are just a rectangles!

‘A plain slip pattern with fullness at the sides. There is only one pattern piece as both back and front of such a slip are cut exactly alike.’ 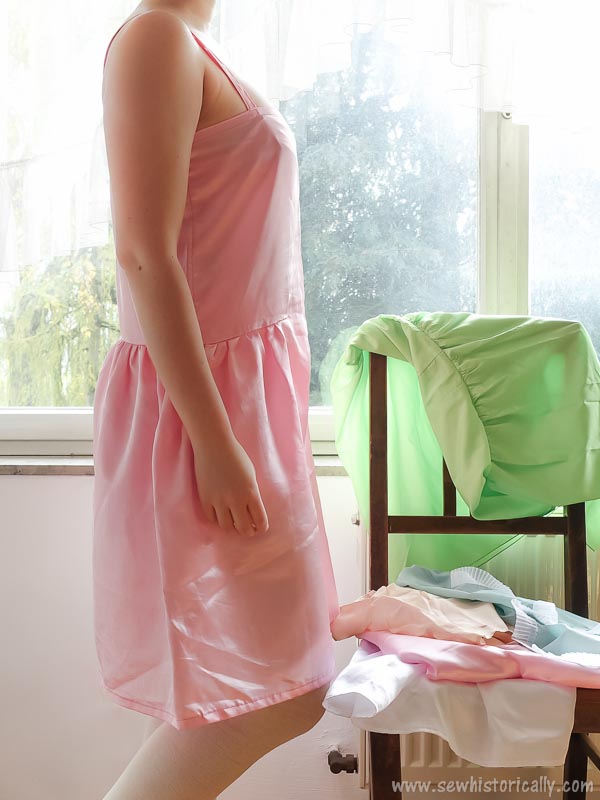 The skirt part is ‘cut circular if of silk, or straight and gathered if of washable stuffs.’ (Clothing For Women: Selection, Design, Construction, 1917) 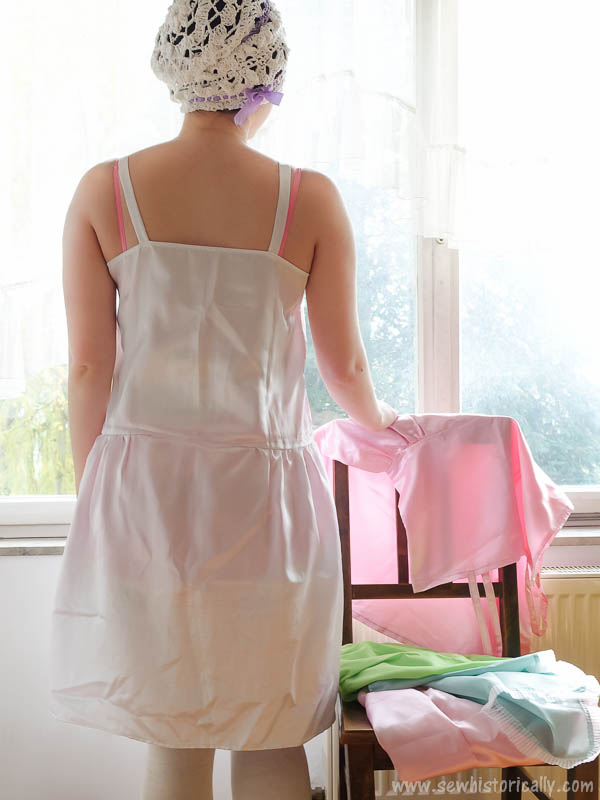 ‘Not all persons want trimming on slips, especially on those for every-day wear, yet the finishes of even the plainest of slips can be considered trimming. For example, a machine-hemstitched hem virtually becomes trimming on either a cotton or a silk slip’. (Underwear And Lingerie, 1926) Under the slips I’m wearing my 1920s tap pants, bra, girdle and stockings. 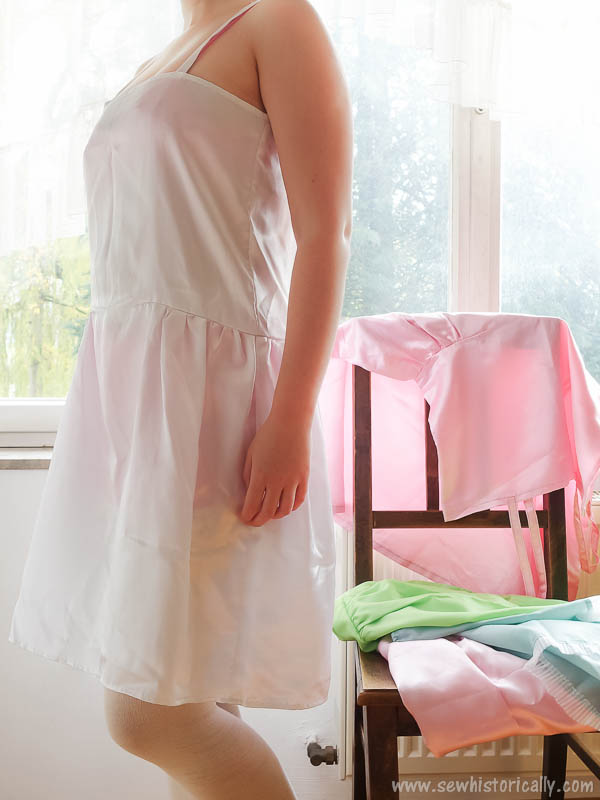