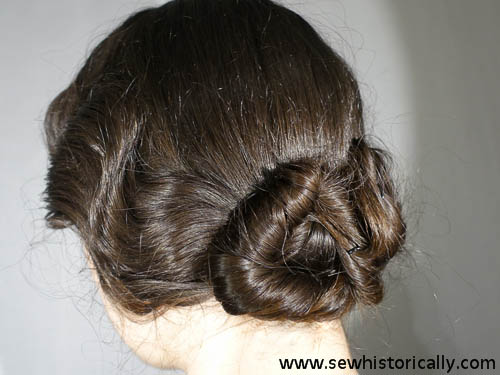 In this tutorial I’ll show you how to recreate an original 1920s/30s hairstyle for your next Gatsby party! Not all women in the 1920s wore their hair bobbed. This hairstyle was worn by women who loved their long tresses but still wanted to look fashionable.

That’s the 1930s drawing which inspired my hairstyle. And some pictures of similar 1920s hairstyles: 1920s photograph, 1928 color photograph, 1927 painting and even a 1920s video of a long-haired woman getting a faux bob hairstyle (starting at about 3:57). 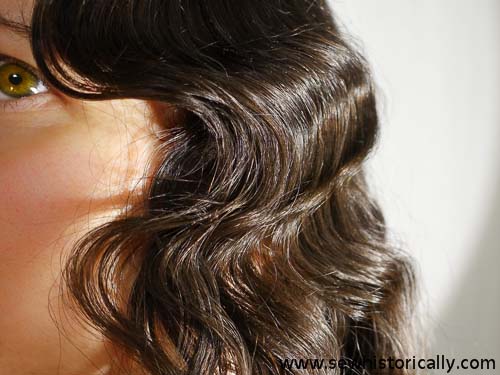 Finger wave your side hair with 1920s-style finger wave clips or a curling iron. 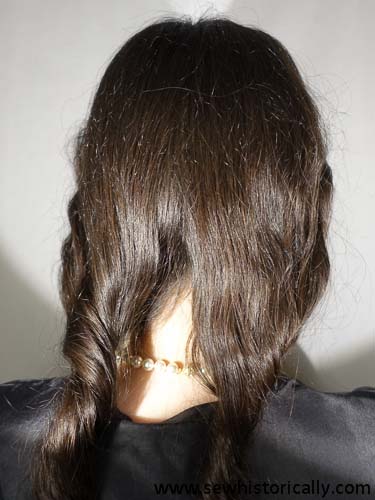 Part your hair down the middle. 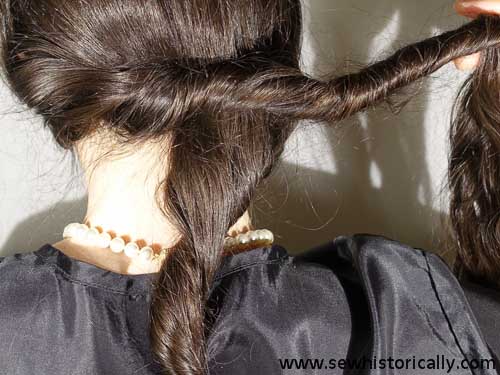 Twist one strand of hair. 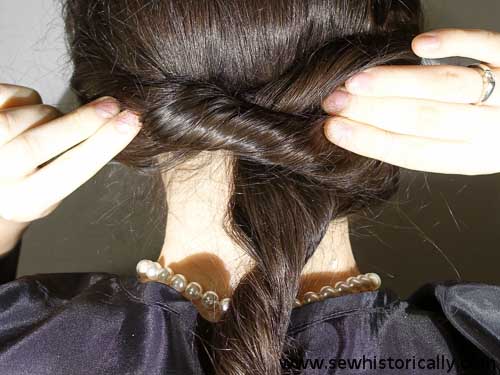 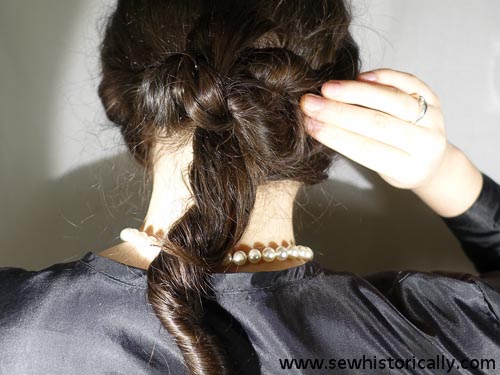 Pin the loop in place with hairpins or bobby pins. 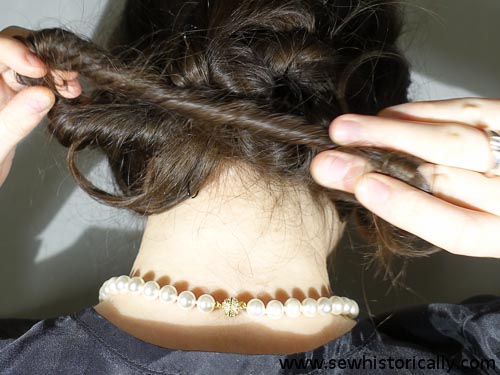 Twist the other strand of hair, form a loop and secure it with pins. 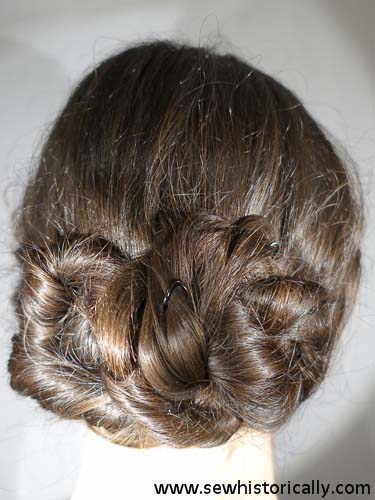 Hide the hair-ends under the loops. 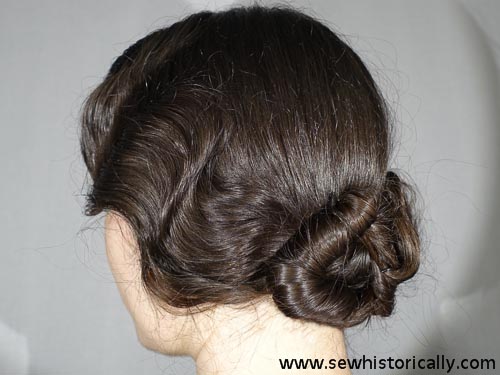 Apart from the finger waves, the hairstyle is fast to make. It’s comfortable and really looks like a late 1920s or early 1930s hairstyle. 😀 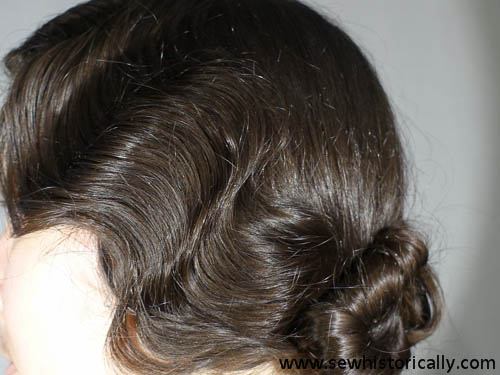