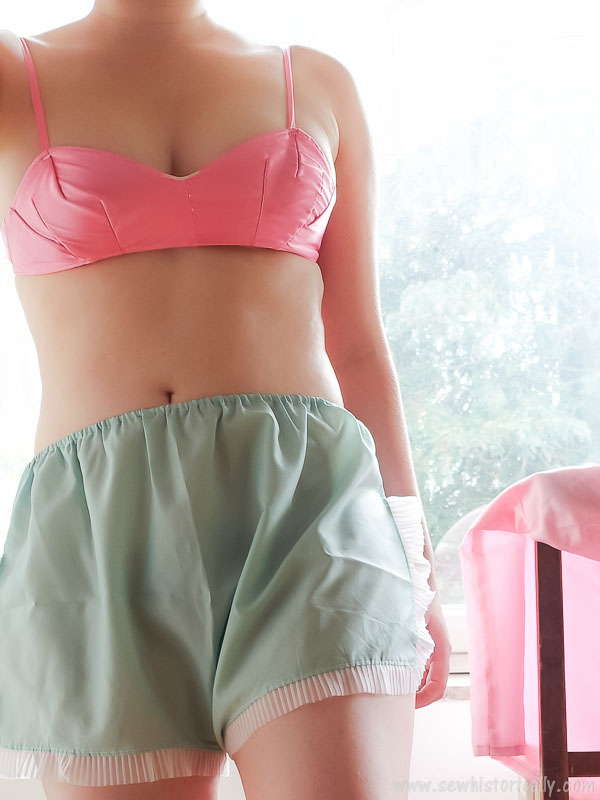 Women in the 1920s either wore a step-in chemise, or a bra and tap pants. Tap pants were also know as (French) knickers in the 1920s.

‘A garment that is very popular with the modern girl is knickers. This garment is especially adapted to wear for hiking, for camping trips and such sports as golf or mountain climbing.’ (A Girl’s Problems In Home Economics, 1926) 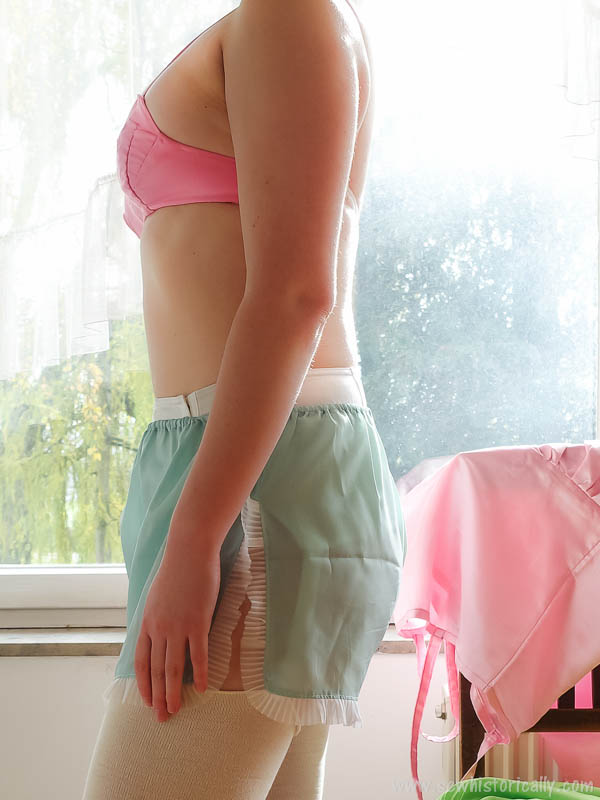 ‘In comparing the up-to-date girl with the old-fashioned girl we found that the modern girl spends much of her time playing tennis, hockey, basket ball and in taking long hikes.

This makes it necessary for the up-to-date girl to have a type of garment in her wardrobe which the old-fashioned girl never had. She must have garments that permit her to have perfect freedom of movement. Bloomers and knickers answer this requirement, so they have become very popular.’ (A Girl’s Problems In Home Economics, 1926) 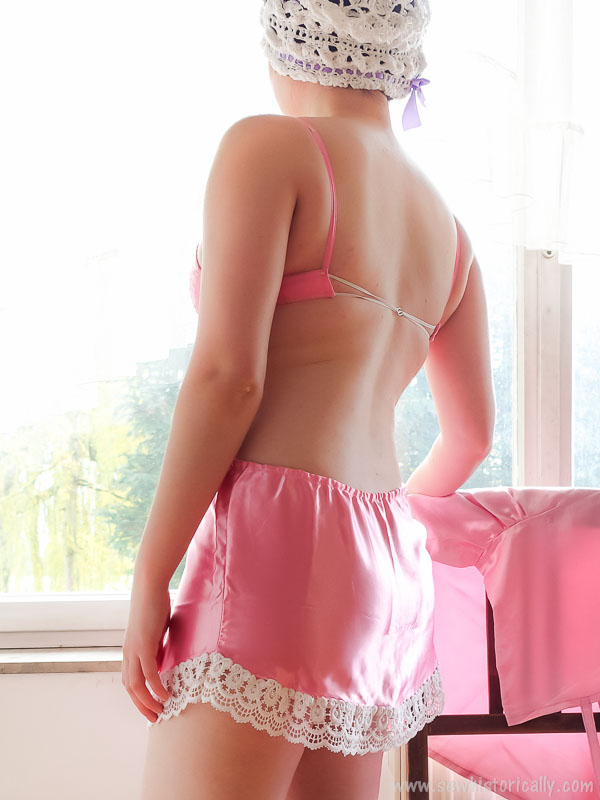 While bloomers are fitted to the leg with an elastic, tap pants (or knickers) have wide, flaring legs.

‘The different kinds of bloomers and knickers are made from the same type of pattern and put together in the same general way. However, the knickers are more difficult to cut and make.’ (A Girl’s Problems In Home Economics, 1926)

Unlike my 1920s French rayon knickers, these two tap pants are not historically accurate because I used polyester fabric: polyester taffeta for the mint green tap pants and polyester satin for the pink tap pants. 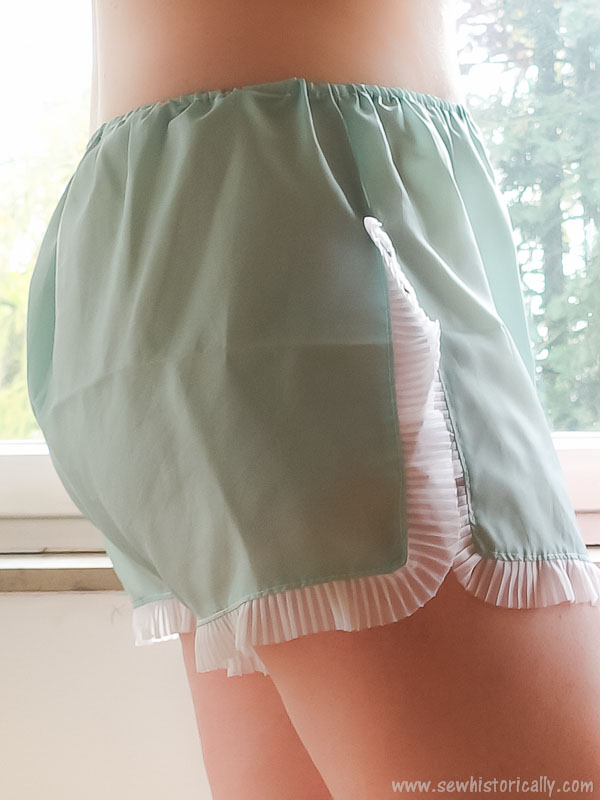 ‘The fullness at the top of the bloomers is gathered into a band or held by an elastic.’ (A Girl’s Problems In Home Economics, 1926)

I used sheer, white, pleated trim for the mint green tap pants. These antique 1920s tap pants with a sheer fabric trim were my inspiration.

The pink tap pants are trimmed with off-white needle lace. 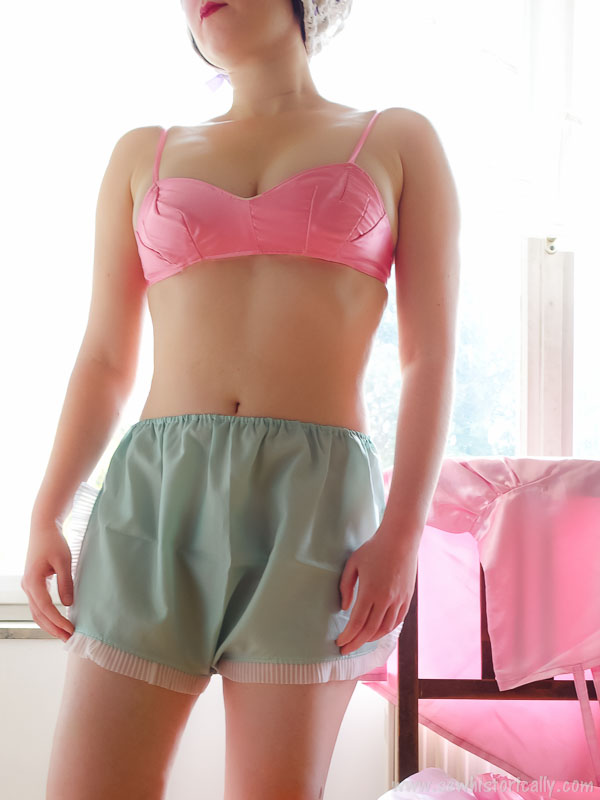 My patterns are self-drafted but they’re based on these antique 1920s tap pants patterns: A Complete Course In Dressmaking, 1921, p. 65/ 67. There are also patterns for 1920s chemises, brassiere, camisoles and nightgowns. 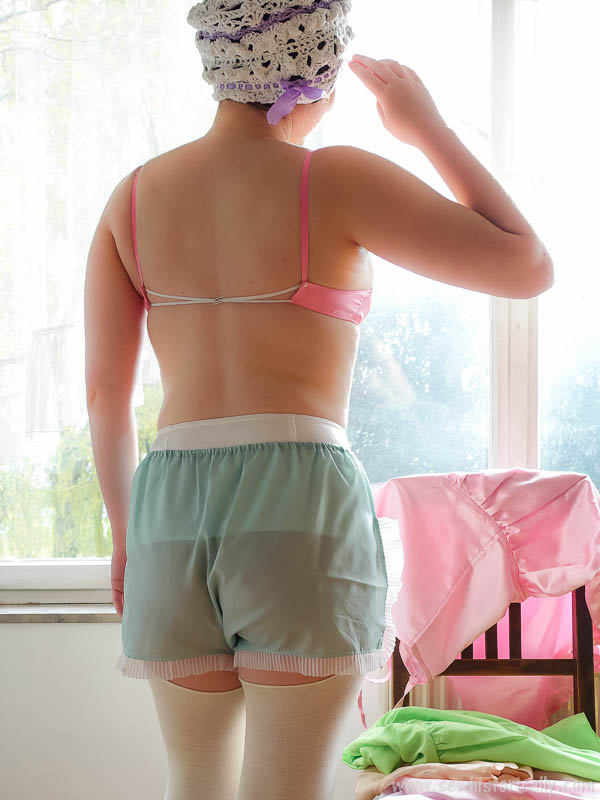 Women in the 1920s usually wore a girdle to hold up the stockings. The girdle was usually worn under the tap pants. The girdle I’m wearing is from the early 1940s. Click on the link below for a free pattern of the girdle. 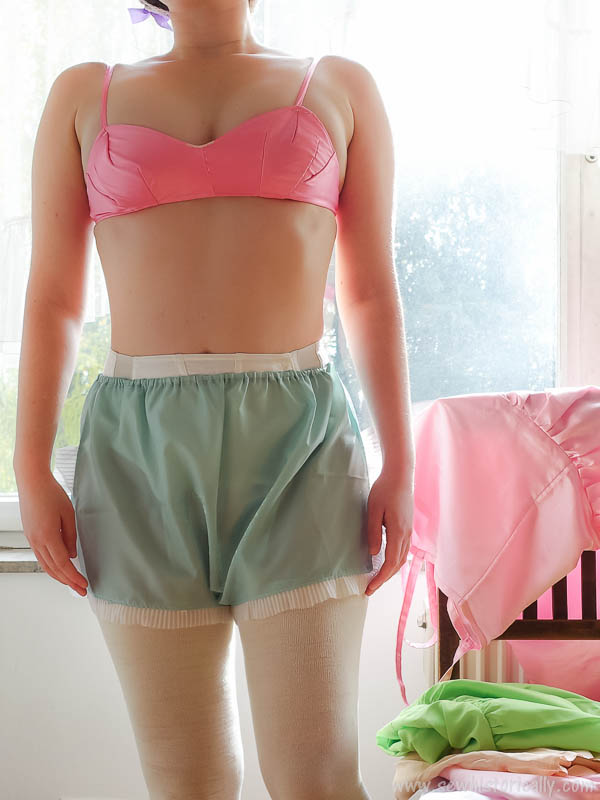