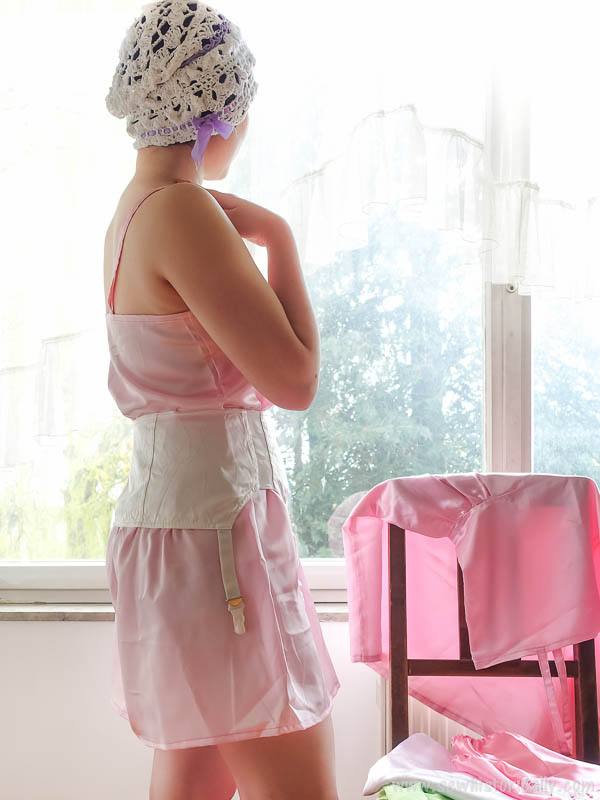 The envelope chemise was a popular combination garment in the 1920s: It combined the camisole and knickers in one garment. It was a favorite among 1920s flappers who preferred to wear only the bare necessities under their dresses!

Teddy, step-in, Union suit, envelope chemise, combination suit – whatever you call them – all are 1920s undergarments. Basically, they are like a romper or onesie. In the 1920s, they were usually worn next to the skin or over a bra.

‘As the name implies, the word combination is used to designate those undergarments so planned that they may be said to be a combination of vest and drawers. […] The manner in which a combination is cut makes it possible to obtain a very slender effect through the upper portion with a flare or fulness below it. This undergarment is therefore a wise choice for the woman inclined to stoutness.’ (Underwear And Lingerie, 1925) 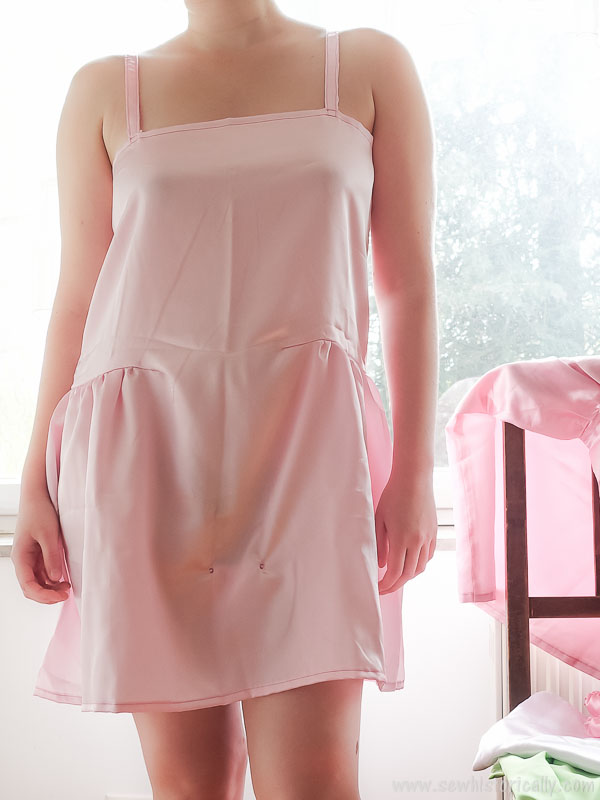 This style of envelope chemise was called side-dart chemise in the 1920s: ‘a wise choice for the large-hip woman […] The cut of the garment allows of a smooth, close-fitting effect, but plenty of ease is introduced through the lower portion by means of darts at the sides.’ (Underwear And Lingerie, 1925) 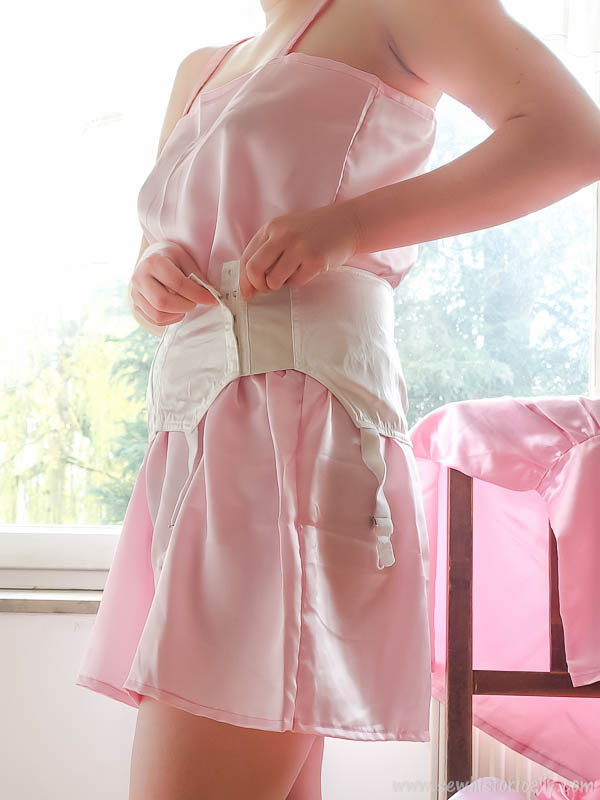 Before finishing the lower edge, stitch an oblong facing to the lower portion of the chemise at the center front. […] This is the place where the tab buttons when the garment is finished. ‘ (A Complete Course In Dressmaking, 1921, p. 37/ 44) 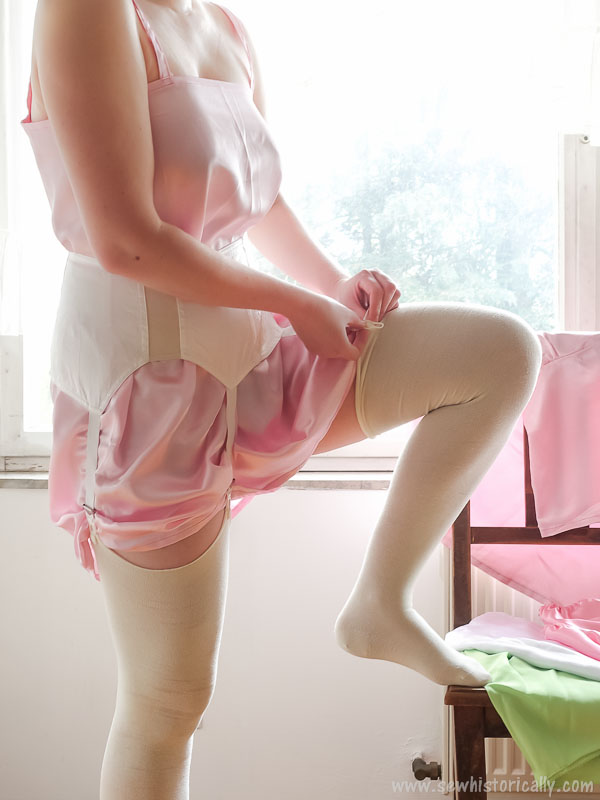 Unless you wore rolled stockings, a girdle was necessary to hold up the stockings. Women in the 1920s usually wore the girdle over the envelope chemise like on this photograph. In the picture I’m wearing a true vintage girdle from my grandma. Click on the link below for a free pattern of one of my grandma’s girdles! 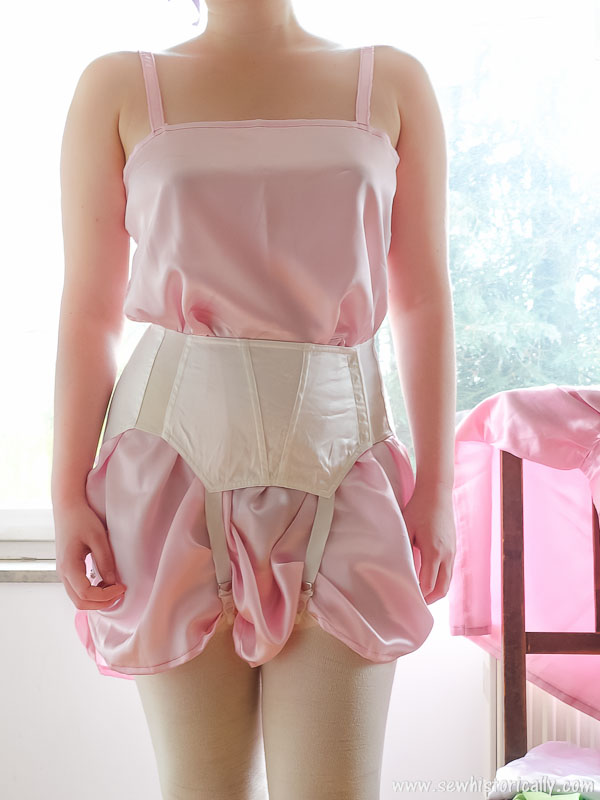