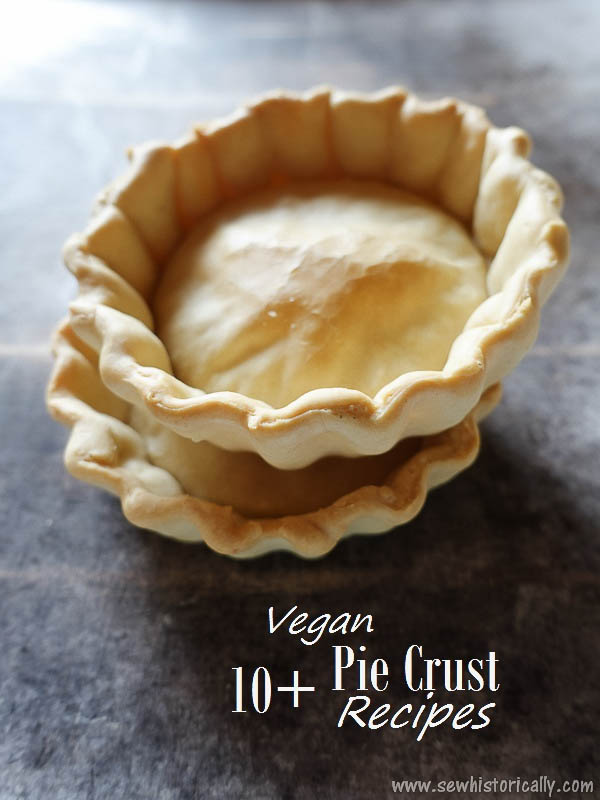 The following recipes make enough for one pie crust. If you want a top crust too, just double the recipe.

When the pie crust is ready, roll out the pie crust on a floured surface or press the dough into the pie pan with the back of a spoon. Bake the vegan pie crusts in a preheated oven at 350°F (180°C) for about 30 minutes.

Aquafaba is the cooking water of chickpeas and other legumes. You can use the liquid from a can of chickpeas or make aquafaba at home which is really easy.

-> How To Make Aquafaba At Home

With your fingertips, rub together flour, oil, salt and baking powder until the mixture looks crumbly. Then knead in the aquafaba. Add cold water if necessary.

Knead together all ingredients. Add cold water if necessary.

Grind the hazelnuts in a food processor until creamy. Knead together flour, hazelnut butter and salt. Then knead in the water. Roll out the dough on a floured surface.

Rub together flour and oil using your fingertips. Then knead in the cold water. Add more water if necessary.

Melt the cocoa butter. Then rub together flour, cocoa butter and oil using your fingertips. Knead the water into the dough.

Rub together flour, salt and red palm oil. Then knead in the water.

‘Mix the flour and almond meal thoroughly together, add water and salt, and knead but not long. This is sufficient for one two-crusted pie.’ (Guide For Nut Cookery, 1898)

Victorian Homemade Almond Meal: ‘Blanch the almonds the same as directed for making almond butter. Then dry them in the oven or where it is real warm, taking care not to scorch. When very dry, chop fine by putting through a meat-chopper or mill; return to the oven, and dry very slowly and thoroughly. When cold, grind through the meat-chopper again or through a loosely adjusted nut-butter mill.’ (Guide For Nut Cookery, 1898)

‘Rub the butter with the flour, add salt and water, and knead lightly. […] The roasted butter can be used in the same way, but it makes a dark crust.’ (Guide For Nut Cookery, 1898)

Victorian Homemade Raw Almond Butter: Soak almond ‘in boiling water from two to five minutes; then the skins become loose and can be pinched off by pressing on the nut with the thumb and finger; the skin will crack and the kernel pop out. […] They must then be dried in the oven until quite crisp, but the oven must not be hot, or they will brown. Then run them through a loosely adjusted mill or a sausage grinder, and place on a cloth stretched over the stove until perfectly dry; then grind them in the nut-butter mill, quite tightly adjusted.’ (Guide For Nut Cookery, 1898)

‘Warm the cocoanut-oil, and thoroughly rub it with the flour; then add the water and salt, and knead enough to roll out well.’ (Guide For Nut Cookery, 1898)

‘Take any amount of flour you wish to use. Add a little salt. Pour on this, directly from the tea-kettle, water which is actually boiling at the time. Use enough to mix into a moderately stiff dough. Roll out the paste on a floured bread-board […] This is very delicate, and will hurt no one, as no shortening is used for it.’ (How To Cook Well, 1886)

Knead together all ingredients. 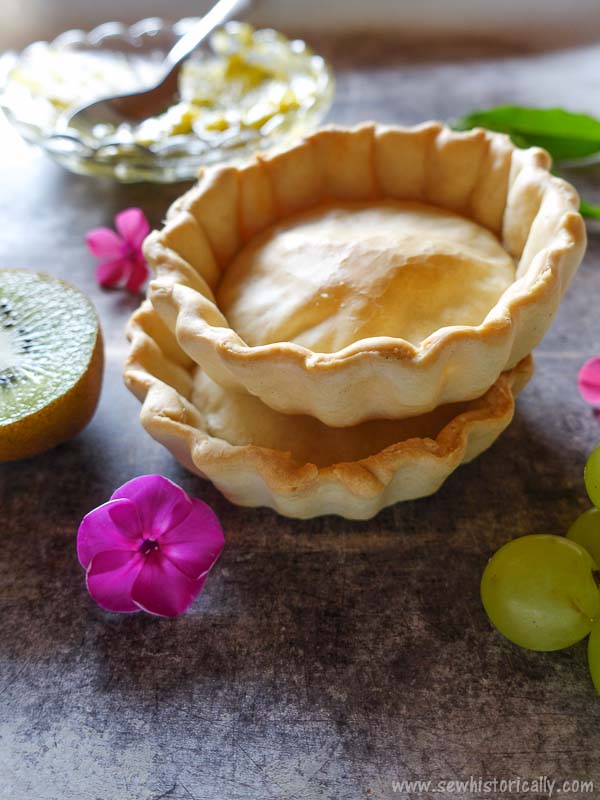 Rub together cornstarch, ground sunflower seeds and xanthan gum. Then knead in the water and salt.

Rub together chickpea flour and oil. Then knead in the water.

‘Make a rich pie crust, and line pie tins, or saucers; prick several times with a fork and bake in a quick oven.

Put away in a stone jar, or in a bread box, and when needed fill with cranberry sauce, apple sauce or any kind of canned fruit. Heat through in the oven, which may be done by putting the crust in a pie tin. Or make a custard of any kind, put one of the shells in a pie tin, fill with the custard and bake. These are convenient for an emergency.’ (Three Meals A Day, 1902) 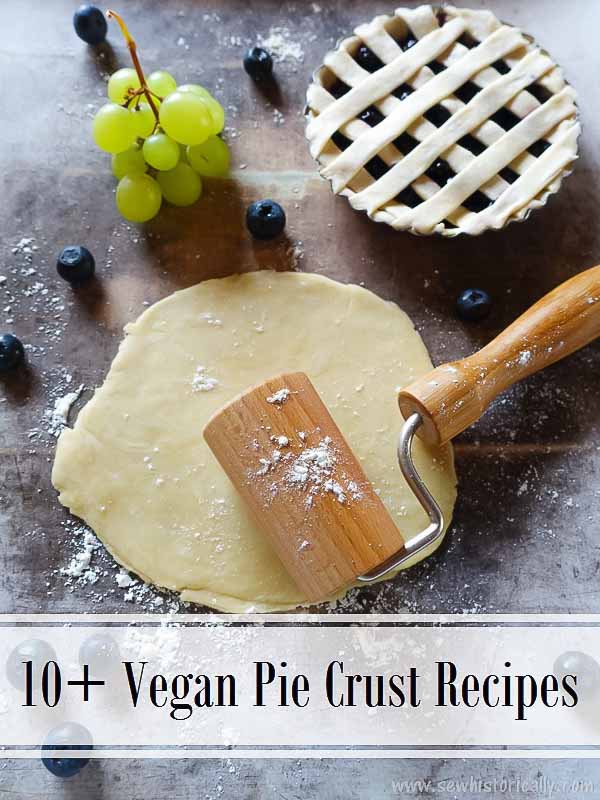