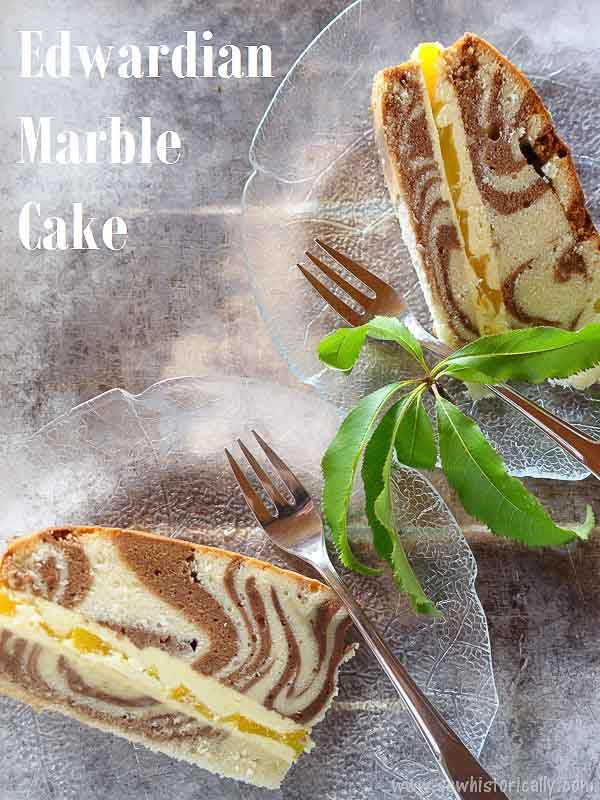 ‘Beat thoroughly. Put in the pan a layer of the dark batter, then large spoonfuls of the white light until all the batter is used. Bake one hour.’ (Three Meals A Day, 1902)

‘Two cups sugar, three fourths cup butter, three cups flour, one cup milk, four well-beaten eggs, two teaspoonfuls baking powder. Take one cup of this batter and mix with four table-spoonfuls of chocolate, dissolved in a little cream. Cover the bottom of the pan with white batter, and drop a spoonful of the chocolate mixture upon it in places, which will form rings; then another layer of white and dark until all is used. Bake in a moderate oven.’ (The Home Cyclopedia Of Cooking And Housekeeping, 1902)

‘Put one ounce of chocolate and one tablespoonful of butter in a cup, and set this in a pan of boiling water. Beat to a cream one-half cup of butter and one cup of sugar. Gradually beat in half a cup of milk. Now add the whites of six eggs, beaten to a stiff froth; one teaspoonful of vanilla, and a one and one-half cups of sifted flour, in which is mixed one teaspoonful of baking-powder. Put about one-third of this mixture into another bowl and stir the melted butter and chocolate into it. Drop the white-and-brown mixture in spoonfuls into a well-buttered, deep cake-pan, and bake in a moderate oven for about forty-five minutes; or, the cake can be baked in a sheet and iced with a chocolate or white icing.’ (The Ideal Cook Book, 1902) 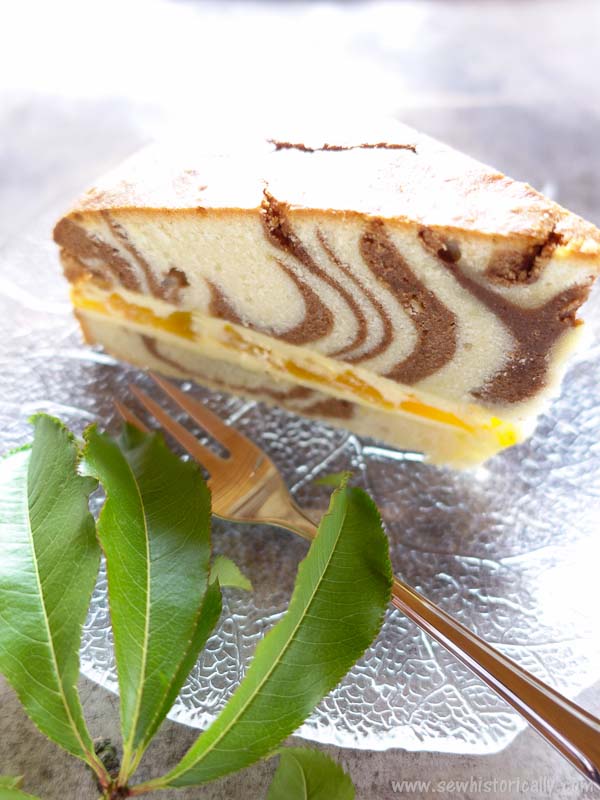