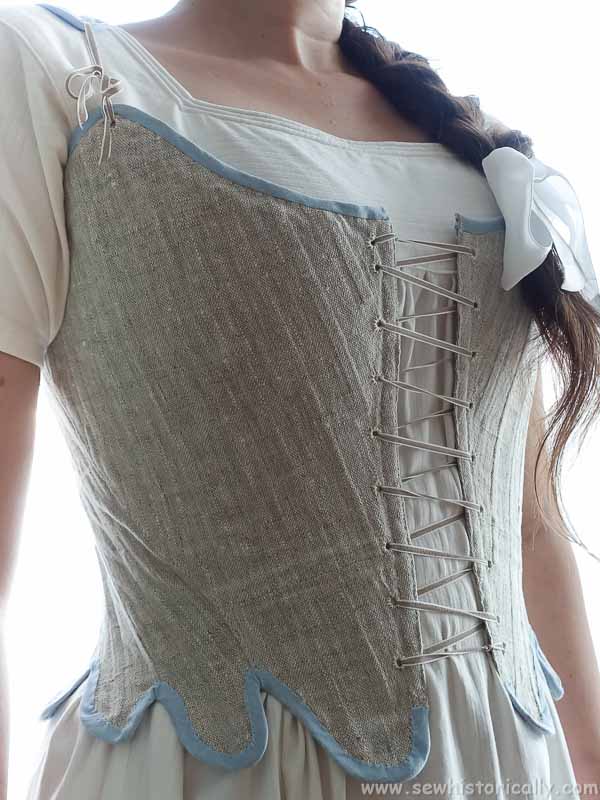 So on the same day I searched for antique 18th century stays for inspiration. And I made the pattern in the night! 😀 This is one of my quickest historical sewing projects so far: Usually the research takes much longer. But the 18th century isn’t my favorite historical era, so I don’t mind if these stays aren’t 100% historically accurate! 😉 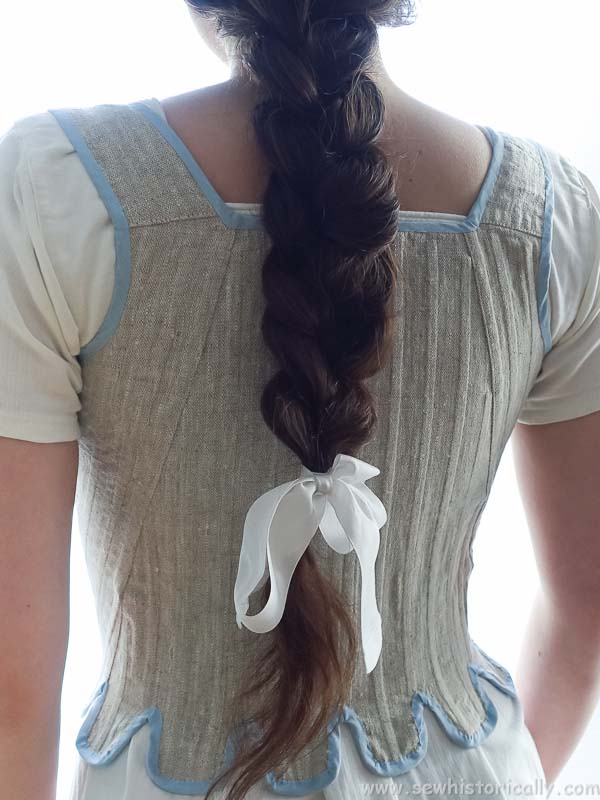 Inspired By The Dirndl

My 18th century linen stays are actually inspired by rural stays and Dirndl bodices! 😀 The following 18th century painting were my main inspirations: ca. 1750s drawing of a young German woman, drawing of a German maid around 1800 and Boucher’s 1763 painting of a Dreaming Shepherdess.

As I mentioned before, I used 100% linen and 100% cotton fabric for the stays. Linen was a popular corset fabric in the 18th century, like this 1740-60 linen corset at the MET museum shows.

The linen as well as the cotton fabric are rather stretchy and I wouldn’t usually use them as corset fabric. Even though I used an expensive, high-quality linen fabric, it’s still stretchy: I don’t know why but all modern linen fabrics are stretchy unlike antique linen fabrics such as the fabric of this antique linen chemise. So I made the stays slightly smaller because of the elasticity of the fabrics and the 18th century corset turned out well despite the stretchy fabrics! 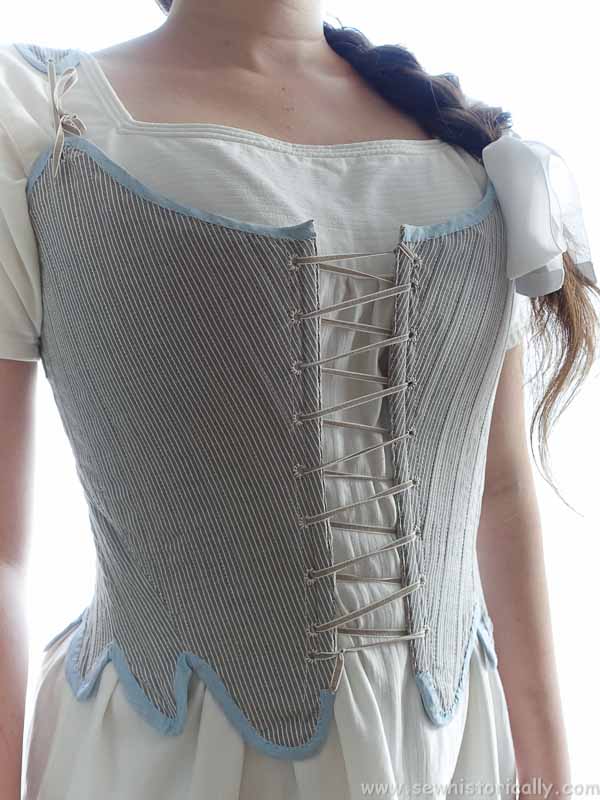 18th century stays were usually boned with whalebone. But since whalebone isn’t available anymore, I used synthetic whalebone as boning for the stays.

Even if these aren’t fully boned stays – there‘s only a bone in every third boning channels – I had to use 9 meters of the synthetic whalebone!

I bound all the raw edges of the stays with blue cotton bias binding. I‘ve read that binding the tabs is so difficult but I didn’t believe it! 😀 But now I know it really is as terrible to bind the tabs as they say! It didn’t work to sew the binding with my sewing machine so I had to attach each side of the binding separately with overhand stitches by hand. This took the longest but I like how the stays turned out!