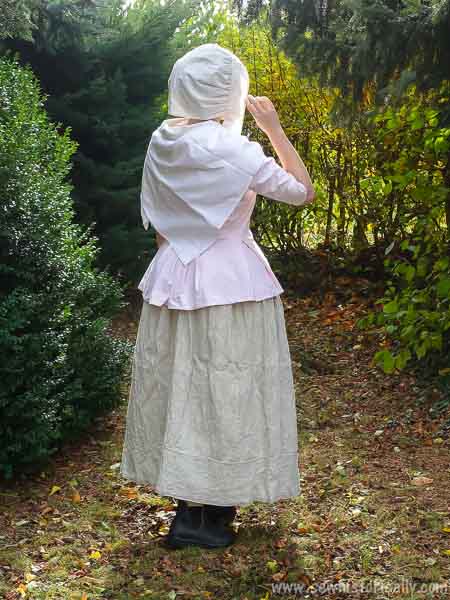 My 18th century jacket is finally finished! Yay! I sewed the last two seams just some minutes before we took the photos! 😉 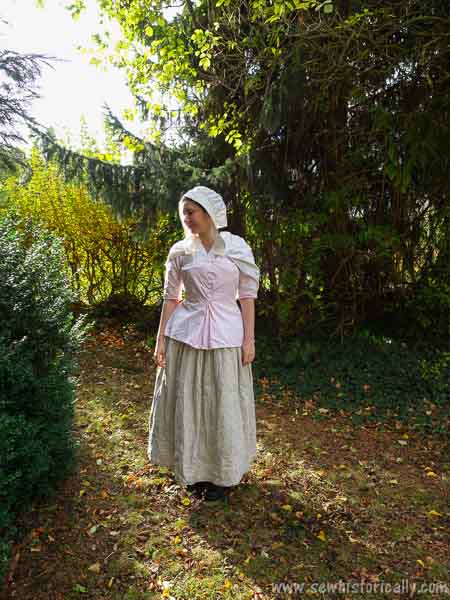 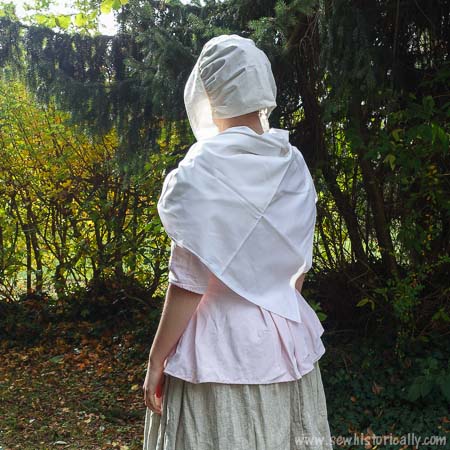 This type of jacket is called a bedgown or short gown. 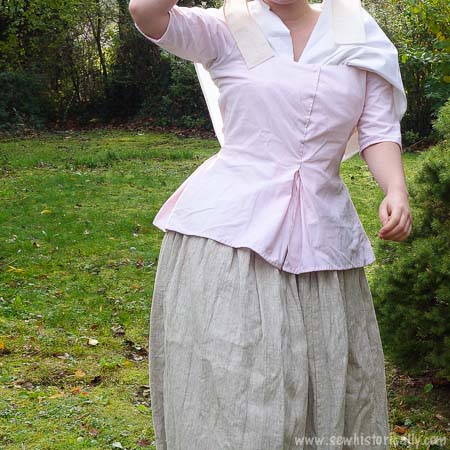 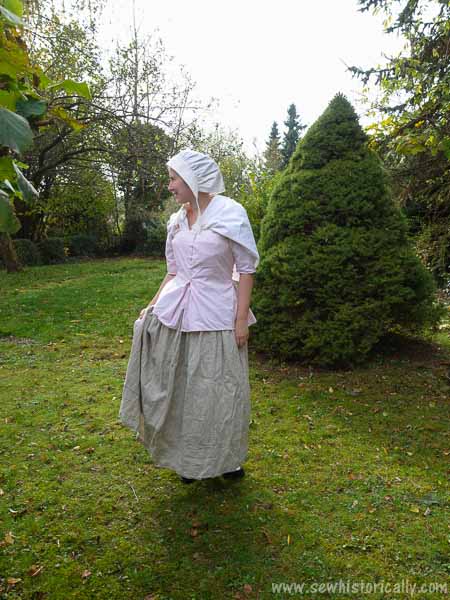 Short gowns were considered undress in the 18th century. Undress or informal wear – the everyday clothes of the 18th century – was worn around the house while doing the work. 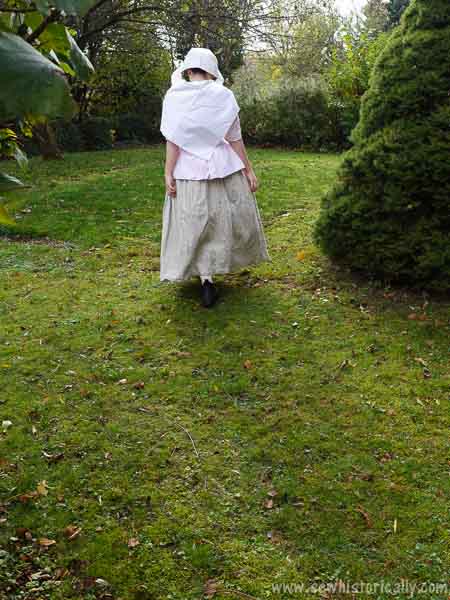 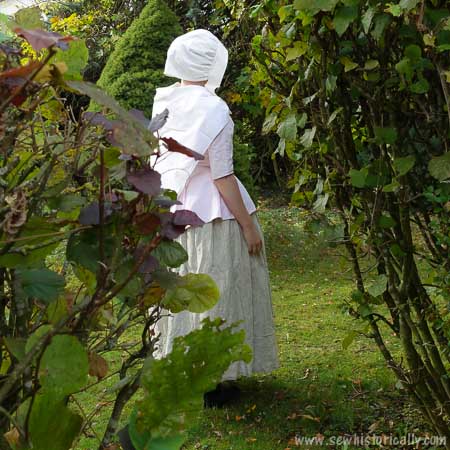 I used an old bedsheet for the bedgown because I liked the washed-out color and the linen-like texture of the old, torn sheet. 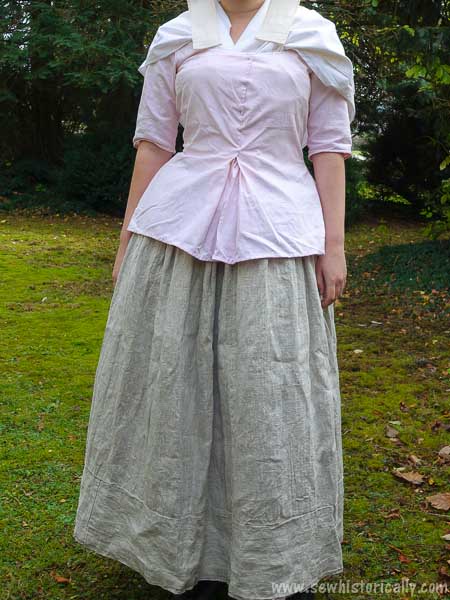 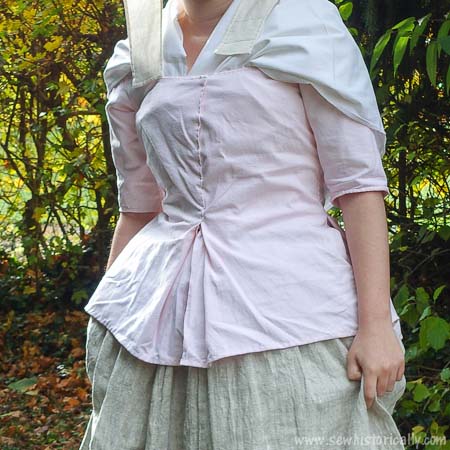 I like how the bedgown turned out and it’s really comfortable to wear. 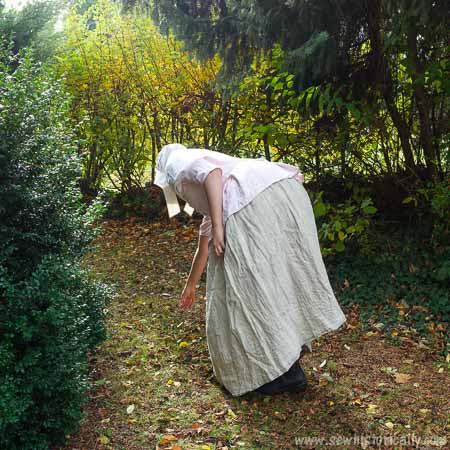 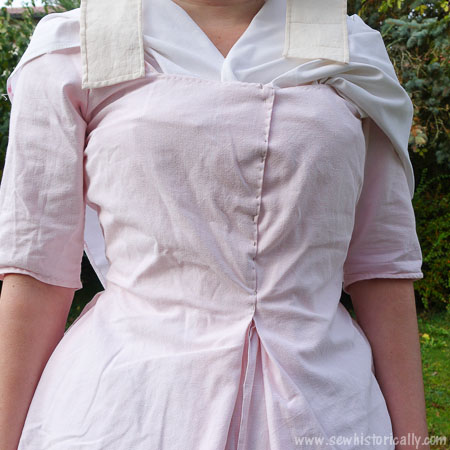 The bedgown fastens down the front with pins. 18th century gowns were usually closed with pins, hooks and eyes or spiral lacing. 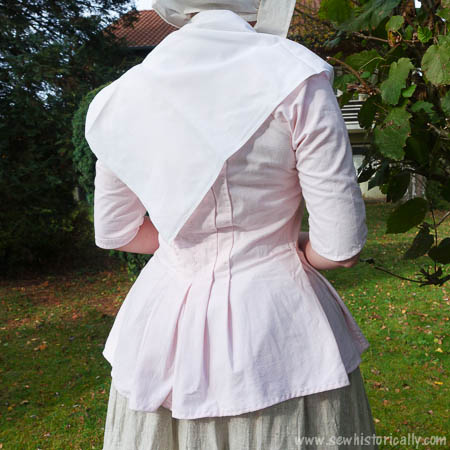 I forgot to pack my fichu and had to use a bed sheet instead! 😀 Shhh, don’t tell anyone, lol! 😉 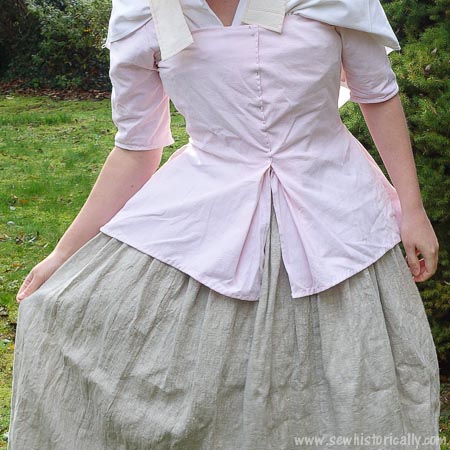 I’m wearting the short gown with my 18th century linen skirt. I love the fabric of the skirt! It was expensive but it has such a beautiful texture – I sometimes use the linen skirt as backdrop for my photo! 😉 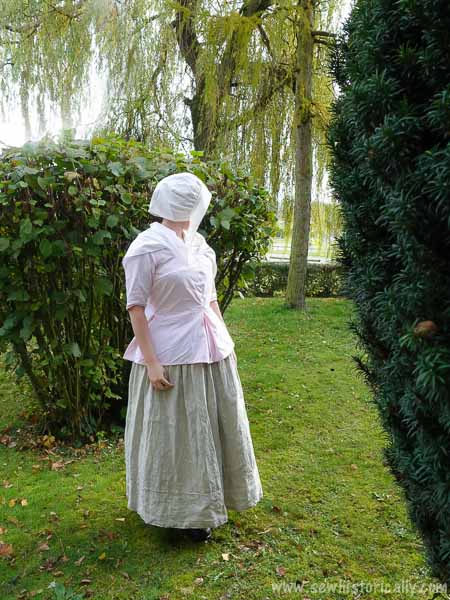 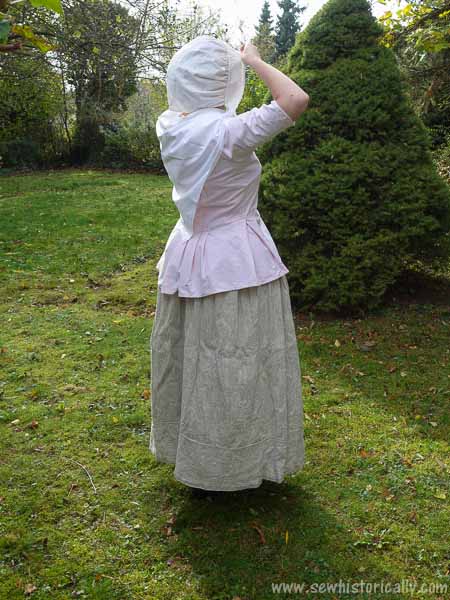