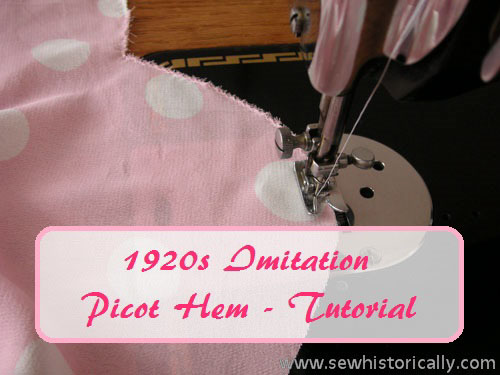 In the 1920s, the hem of sheer and lightweight dresses were often finished with a picot hem. But unless you’re lucky and own an antique hemstitching machine, you’ll need an alternative.  So in this tutorial I’ll show you how to sew an imitation 1920s picot hem. 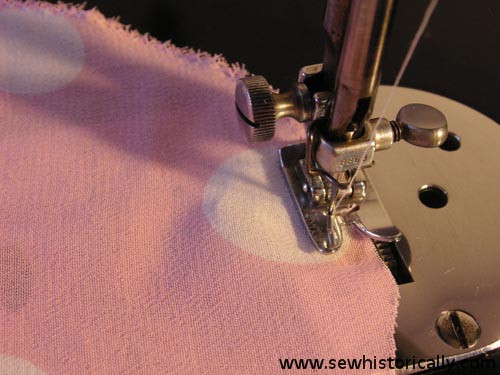 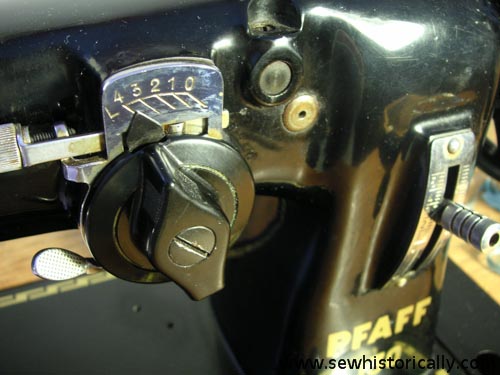 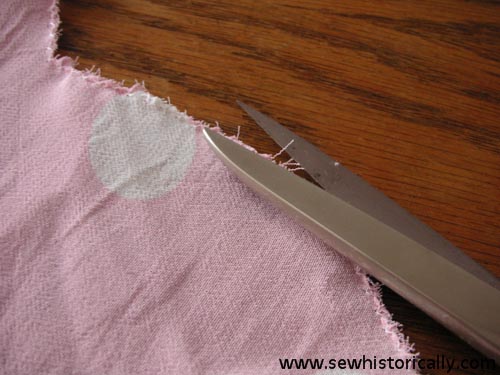 If there are protruding threads after sewing, clip them close to the zig zag stitches.

This is a pretty hem finish for sheer and lightweight fabrics such as chiffon, georgette and satin. And it’s a secure hem finish – none of the stitches are torn out – even after frequent washing and wearing.