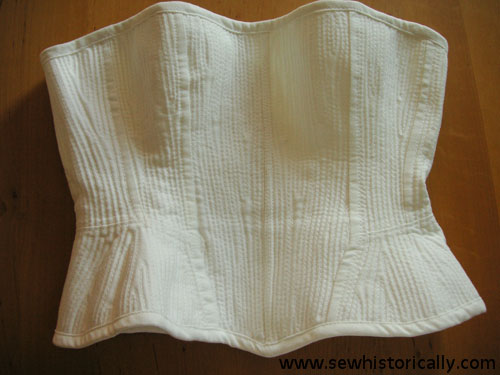 Victorian women’s stays are ‘supported with more or less bones or runners of cotton, according to the age, strength, or constitution of the wearer […] If for ladies, they are made of sattine, or best French jean […] if of an inferior quality, they are made of white, brown, grey, or nankeen jean […] and lined with calico between the doubles. […] It is as well to observe that unless particularly feeble, or otherwise an invalid, it is most desirable to wear as few bones as possible; and that for healthy persons, the two back bones [to protect the lacing eyelets] with the steel in front, are quite sufficient. The casing of the steel in front is sometimes made elastic to the depth of four nails from the top, by means of Indian rubber runners.’ (The Workwoman’s Guide, 1840) 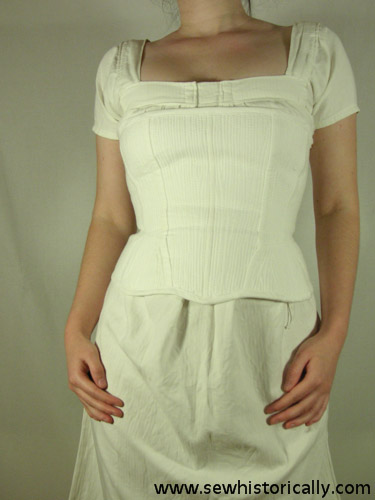 My corded stays are made from two layers of cotton twill, and corded with cotton string.

‘Corsets which are stayed with cords – that is to say, in which a series of cords are introduced between two thicknesses of fabric […] is corded in the usual manner for cording corsets – that is to say, cords are placed as near together as they convieniently can be, between the two thicknesses of fabric cut to the required shape […] The sections or parts of the corset are stitched together in the usual manner, the sections […] being preferably introduced between the thicknesses of the surrounding sections, so as to give a neat finish and appearance to the corset.’ (Corded Corset Patent, 1882) 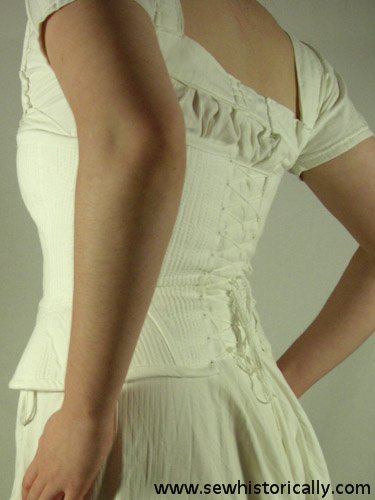 I’ve used an antique corset pattern from 1868. Here’s the pattern. 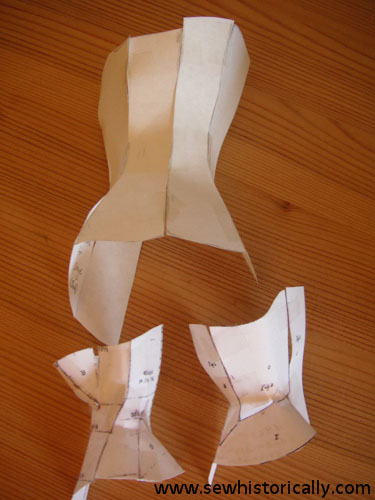 I’ve made small paper corset mockup from various victorian corset patterns, before I’ve decided to make this 1868 corset (the one at the bottom on the right). 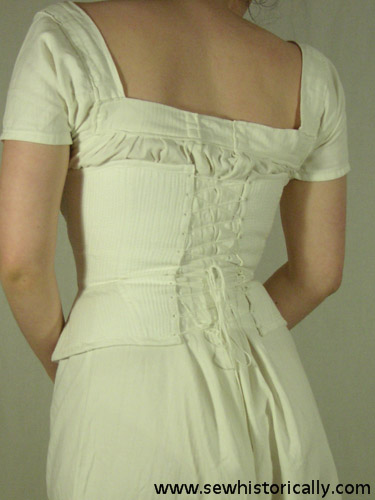 Here’s an 1860s corded corset, and another corded corset with front button closure (ca. in the middle of the page). 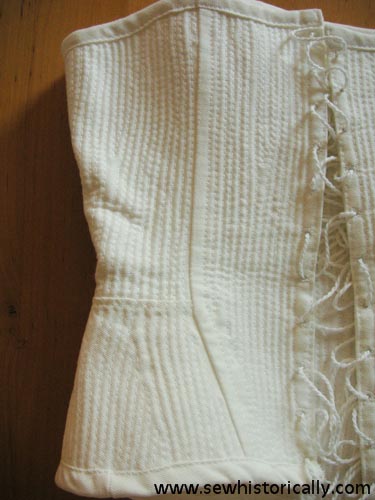 I’ve sewn the channels with my sewing machine. In Corsets – Historical Patterns & Techniques, Salen (2008) describes an antique 1860 corded corset, which is also machine stitched. The pattern I’ve used says that ‘all the edges of the [corset] pieces so nearly match that the work can be done by machinery’ (source). 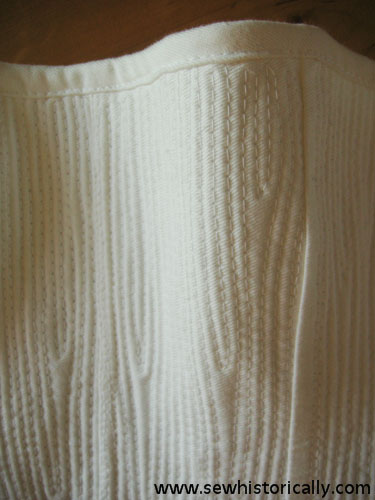 My corset doesn’t have a front opening (as the 1860 corset in Corsets – Historical Patterns & Techniques); it’s laced in the back.

The corset laces have to be much longer than in front-opening corset in order to put on the corset. 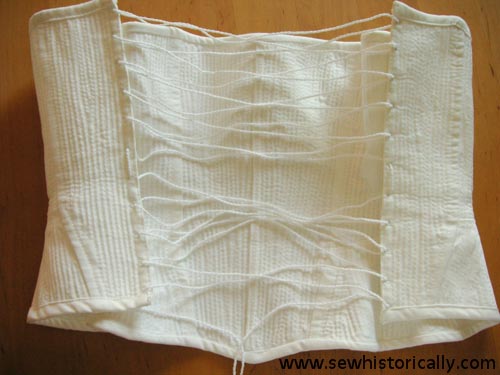 I’ve used the same cotton string for the corset laces which I’ve used for the cording of my corset. 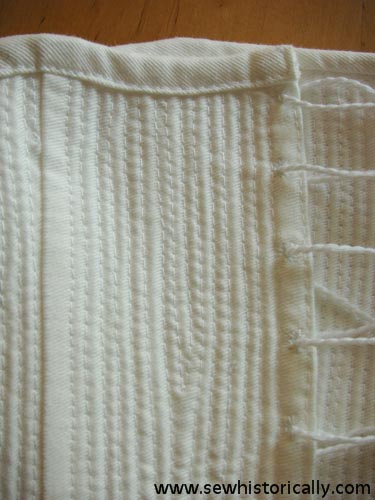 The eyelets I’ve sewn by hand. The binding at the top and bottom of the corset is made with the same cotton twill fabric. 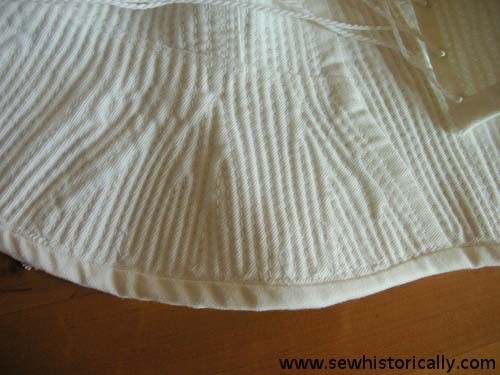 On the inside, all raw edges are finished. 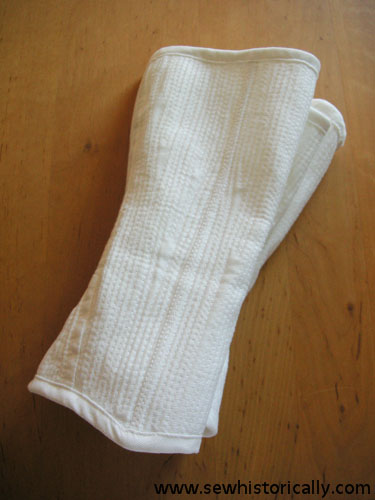 The corset can be easily folded together.

Challenge: 6 – Out of Your Comfort Zone

How historically accurate is it? Very accurate

Total cost: I’ve used fabric and thread from my stash 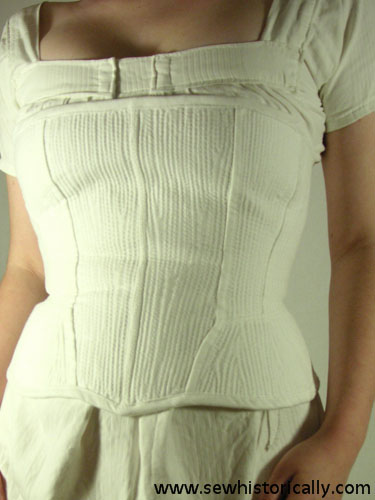