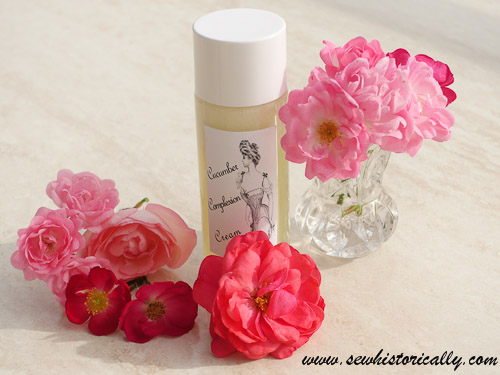 Today I tried out another historical moisturizer recipe with fresh cucumbers. Unlike the Edwardian Milk of Cucumber which is more like cold cream, the Victorian Cucumber Complexion Cream is as fluid as water, but also very moisturizing. 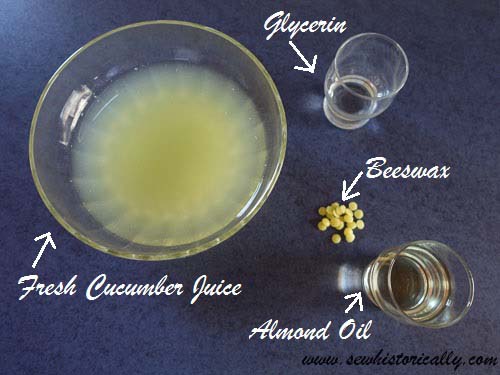 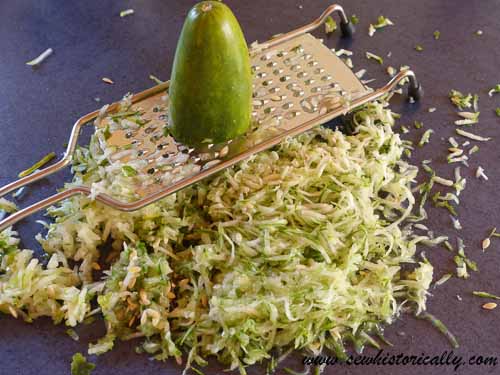 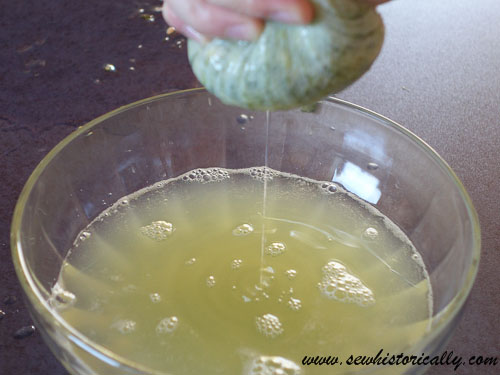 Then strain through muslin. 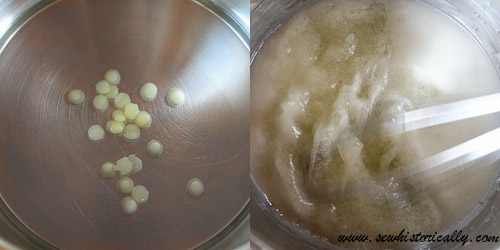 Melt beeswax and almond oil, add glycerin and cucumber juice. Whisk the lotion till cold. Because there’s so much water and not enough emulsifier in the lotion, it partially separates. Maybe the Victorians used smaller cucumbers with less juice – I don’t know.

I store the Cucumber Complexion Cream in the fridge, but I don’t think it’ll keep very long with the fresh cucumber juice. 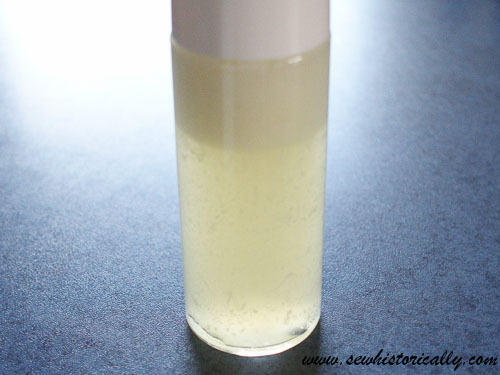 There’s a creamy foam floating on top of the moisturizer, just shake it before use. The lotion is nourishing but difficult to apply because it’s too runny. 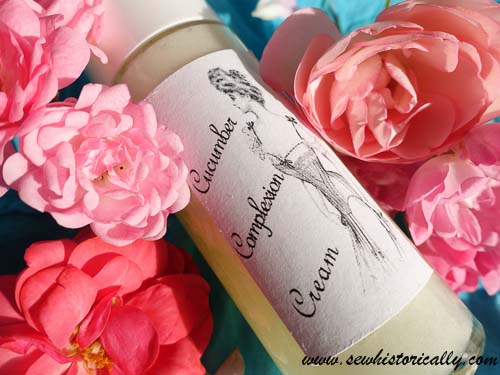