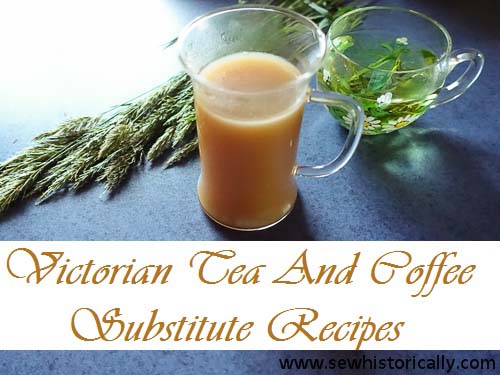 For challenge 9 of the Historical Food Fortnightly ‘Mock Foods’ I tried out some Victorian tea and coffee substitute recipes. I found so many recipes, especially for homemade coffee substitutes. Roast walnuts in the oven or a pan to a nice brown. 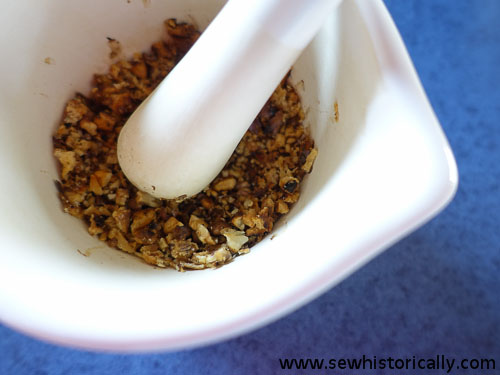 Grind the roasted walnuts in a mortar to a coarse powder.

Cook 1 – 1 1/2 tbsp of the roasted walnut powder with 2 cups of water for one hour. Then strain the walnut coffee through a fine mesh sieve. 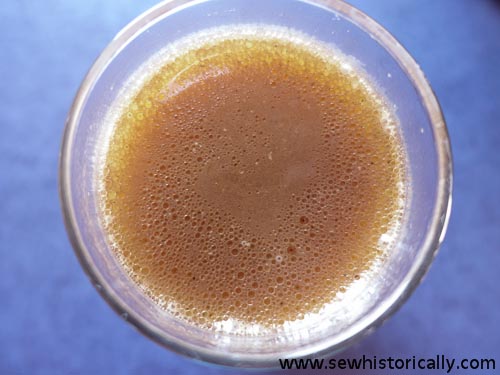 The coffee substitute doesn’t taste like coffee, but it has a nice walnut flavor. With some sugar it tastes really good and milk isn’t necessary because the walnut oil makes the coffee creamy. 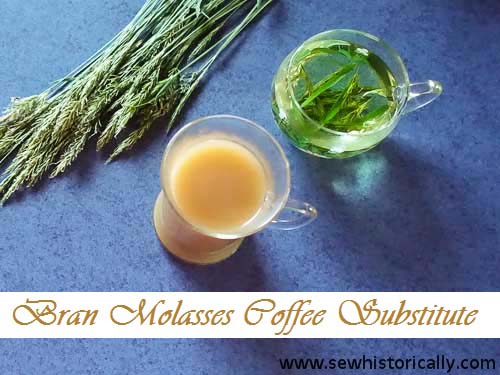 Mix bran and molasses with some water until well combined. 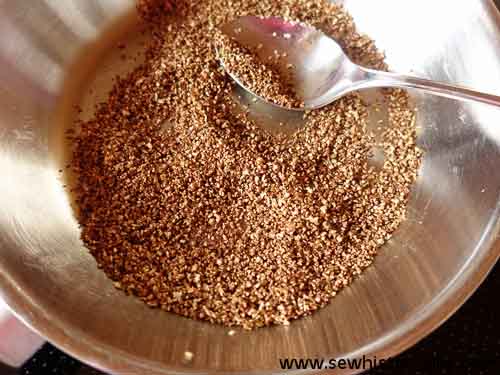 Roast the bran in the oven or a pan to a dark chestnut brown.

Substitute for Milk or Cream: Sweet vernal grass has a nice coumarin smell, just like woodruff, the tea however doesn’t taste like woodruff tea. Vernal grass tea is terrible, not suitable as tea substitute: it tastes fishy! It tastes just like hawthorn flowers or like boiling hawthorn fruits smell!

Bring water with some meadow hay to a boil. I used the hay which I’d made last year. Let the meadow hay tea steep for about 10 minutes. Some years ago I’ve already tried to ferment blackberry leaves. The tea however tasted just like blackberry leaf tea and nothing like black tea. I’ll surely try out the other tea substitutes: the rosebuds mixture and the sloe leaves. I’ve already made blackthorn flower tea (I didn’t like the taste very much) – so I’m curious if blackthorn leaf tea will taste better. 😉 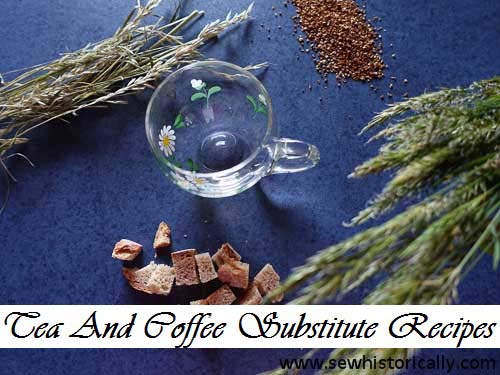 Victorian and Edwardian Illegal Adulterations of Coffee and Tea: