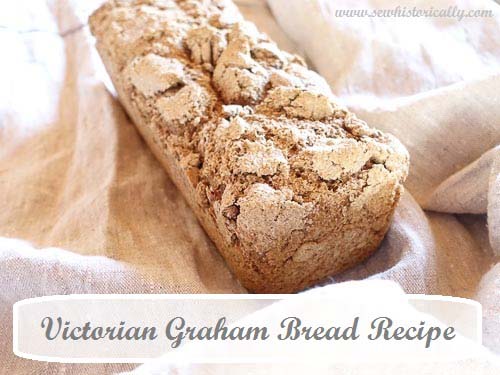 Graham bread is named after reverend Sylvester Graham, who invented the bread in 1829. Victorians preferred white bread bought at the bakery because homemade brown bread was considered backward – a bread eaten by poor peasants. In the Victorian era, Graham bread was promoted as ‘health bread’ since Victorian white bread wasn’t made with white flour but with bleached whole wheat flour. 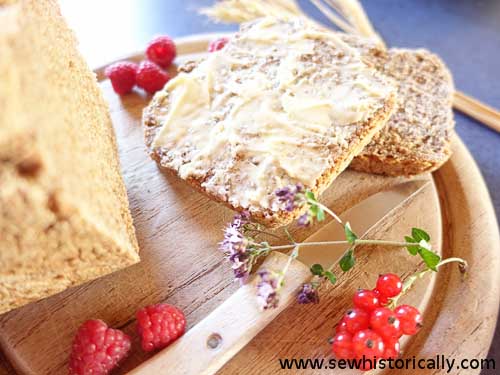 What Is Graham Bread? 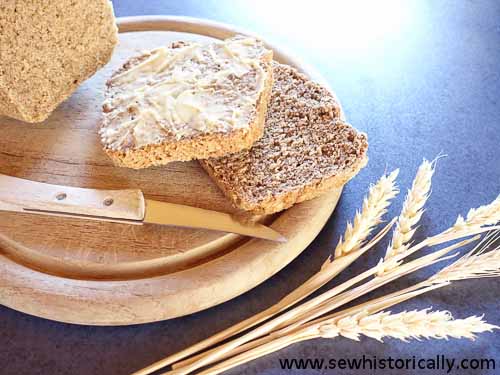 According to many different online sources original Graham bread was made without any leavening agent, such as yeast, baking powder, backing soda, sourdough … Instead it’s made with spontaneous fermentation with wild yeasts. I searched the internet and my antique recipe books for Graham bread recipes but I found not even one Graham bread recipe without yeast or baking soda and sour milk, not even a recipe from the Victorian era. So I chose a mid-Victorian Graham bread recipe with just some yeast and molasses. Molasses are used in the production of yeast, so that may help to rise the bread dough. 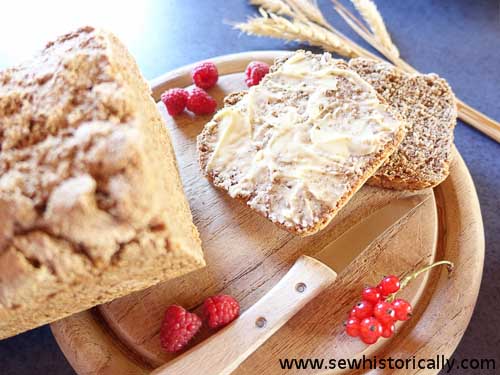 The Victorian Graham bread recipe is different to modern yeast bread recipes: it uses less yeast, it’s made without a pre-ferment or yeast sponge – all flour (and salt) is added at once – and the bread dough is not kneaded again after it’s risen. The recipe is from 1849/1850, published in Mrs. Putnam’s receipt book. 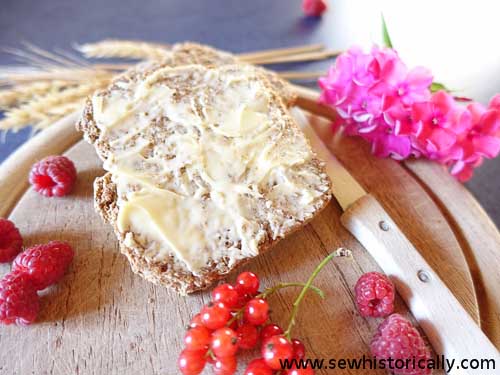 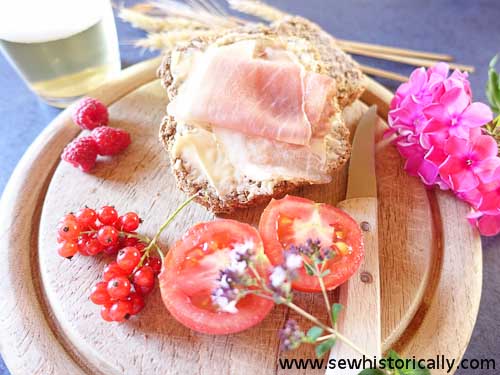 There are many difficulties in recreating this bread recipe: I don’t know what teacups and cups Mrs Putnam might have used. I found different definitions of cup measurements: A modern teacup might hold something between 90 and 115 grams water and a cup something between 200 and 250 grams water.

And I’m using modern yeast. In the Victorian era, yeast was usually brewers’ yeast, bought from a local brewer, or yeast made at home with hops or potatoes (Maybe I’ll make Victorian hops yeast when the hops are ripe in August or September.) I’m also using a modern oven. According to Mrs Beeton’s Household Management book (published in 1861): ‘Brick ovens are generally considered the best adapted for baking bread […] Iron ovens are more difficult to manage’ and it might be necessary for the bread to bake evenly to leave the oven ‘door open for a time’. Even wheat grains are different than they were in the Victorian era. Therefore I mixed wheat grains with wild einkorn wheat. Below is my adapted Graham bread recipe. 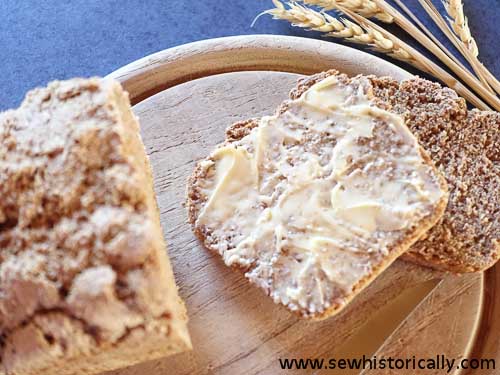 I ground the grains in an electric grain mill. Then I sifted half of the flour through a coarse sieve because I needed new bran for my Victorian shampoo. 😉

I kneaded all ingredients together and added enough lukewarm water for a stiff dough. The dough is smooth and not at all sticky.

Already after four hours, the dough has more than doubled in size.

I let the bread dough rise overnight covered with a kitchen towel – the Victorian recipe says to let the dough rise for about six or eight hours.

Then I greased a glass loaf pan with butter. The recipe says to wet the hands and put the dough into a pan without kneading it again. Then the bread dough should rise another inch – after about one hour the bread dough was ready for baking. As usual, the Victorian recipe doesn’t state how to bake the bread. I preheated the oven to 200°C and baked the bread for 50 minutes.

The Graham bread is my entry for the Historical Food Fortnightly challenge 16 – Foods named after people. I really like this Graham bread. It has a wonderful flavor: It tastes mild and not yeasty. Because of the unobtrusive, mild taste, the bread can be eaten with ham or with jam.

It tastes unusually saltless – compared to store-bought bread and other homemade bread recipes I tried.

In the Edwardian era, Graham bread was also used as dog food – other breads were considered unhealthy for dogs.