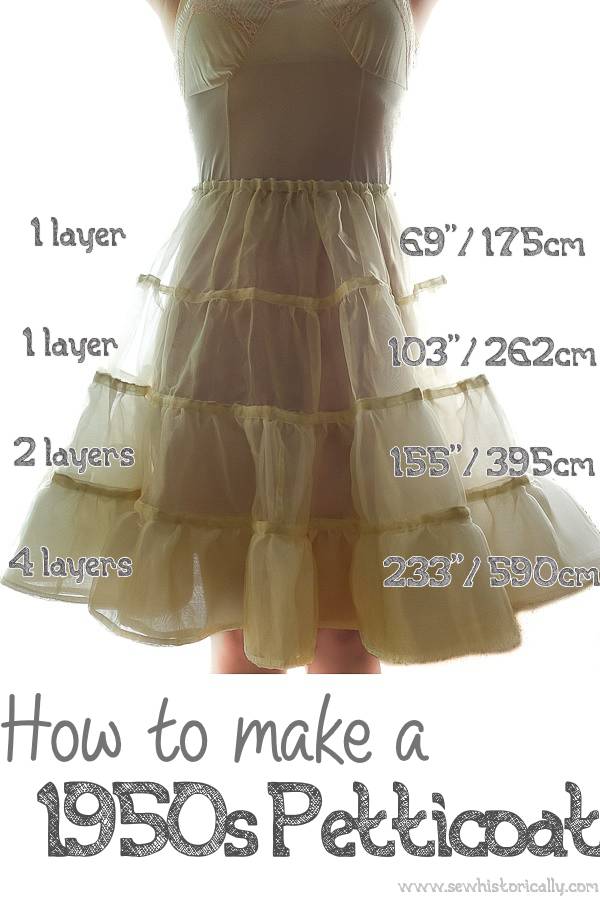 A 1950s petticoat has been on my sewing list for years! And now I finally made one. 😀 I like how it turned out but it took way longer than I anticipated: I thought a 1950s petticoat would be a quick sewing project – but it definitely was not! 😉 It took me ages to cut, gather and finish all those long tiers of the petticoat.

On a side note, my grandma was a dressmaker in the 1950s. And despite making a lot of fashionable dresses, she never made a petticoat for herself and her family. Because she thought that petticoats made people look fat (she was very skinny). But I still decided to make a 1950s-style petticoat. 😉 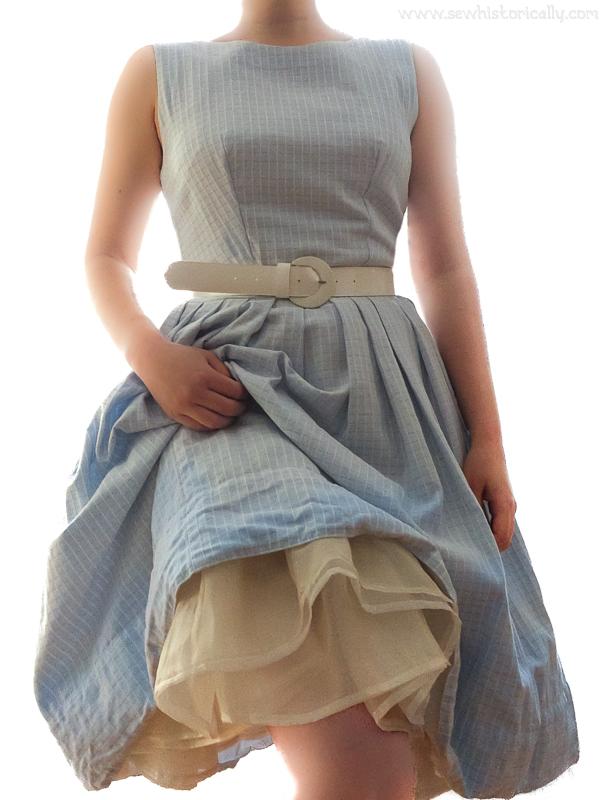 I used leftover curtain fabrics from my stash: yellowish organza fabric and white chiffon fabric. Both fabrics are made of polyester. So the petticoat is not historically correct because most 1950s petticoats were made of nylon or cotton.

After cutting, I joined all seams of the tiers with flat-felled seams (you can also use French seams instead). Then I gathered the tiers with a piece of yarn (encased in the fabric), joined the tiers and finished the raw edges with a strip of organza fabric. 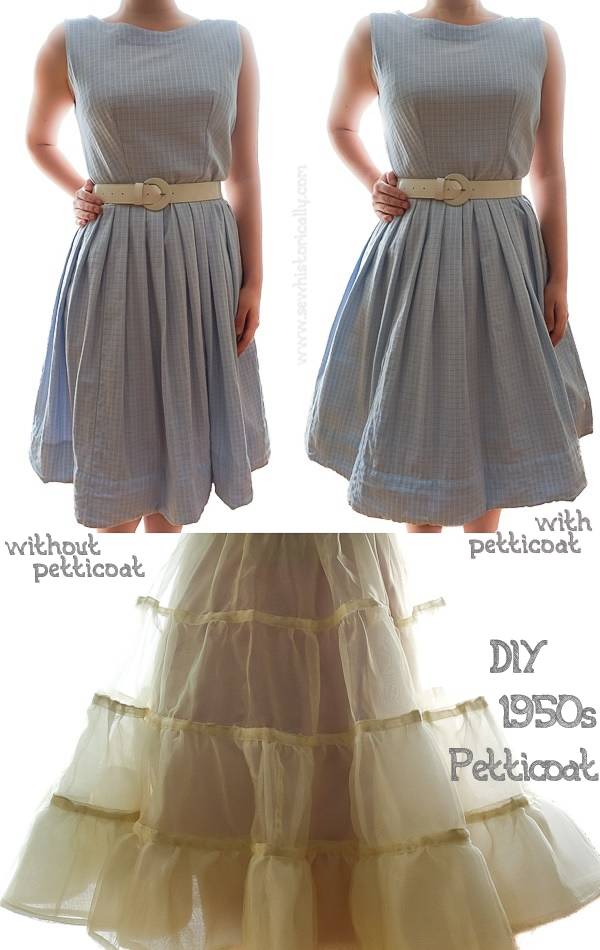 I used the fabrics alternating for the ruffles at the bottom of the petticoat. There are four layers, so it’s white, yellow, white, yellow. The yellow organza fabric had a selvedge which I used for the hems. But the white chiffon did not so I finished it with a small hem.

Because the 1950s petticoat is pretty sheer, I’m wearing it over my DIY vintage tap pants and a 1950s slip.

In the photo above you can see what the dress looks like with and without the petticoat. By the way, I refashioned this 1950s-style dress from an old duvet cover! But it doesn’t make much difference whether I wear the petticoat with this dress because I’ve already stiffened the hem of the dress with cotton twill fabric. With the petticoat, however, the skirt is slightly wider than without.

The petticoat is probably too hot in summer because it’s made of non-natural fibers. But for spring weather it’s perfect!