‘Dressing the hair without a hair pin […] an innovation which every woman will appreciate […] To be able to dress one’s hair without the aid of hairpins sounds too good to be true. To know that one’s coiffure can be neatly and becomingly arranged and fastened securely without a single wire or shell pin being required brings joy to the heart of womankind. […]

The hairpinless coiffure is accomplished by the aid of nothing more than a bit of cord and ribbon. Originally a gilt cord such as ties up a candy box was used. The hairpin substitute may be of anything, however, over which the hair will roll. […] No amount of jolting nor the strongest breezes will loosen the dressing. With the hair parted in front and rolled over the cord a pompadour effect is achieved at the sides and back, forming a roll almost encircling the head. The front, of course, is quite flat, and if the hair waves naturally around the face or is soft without waving it gives a distinguished and attractive air to a woman’s head.’ (San Francisco Call, 1907)

‘The hairpinless coiffure is very easily managed, and it may be modeled on modish lines with curls and puffs, if desired, but it is at its best when the classic Greek coiffure is suggested. [The late Edwardian era saw a revival of ancient Greek hairstyles.] […] The possibilities of achieving variety in styles of coiffure are almost innumerable when the cord is used instead of hairpins. […] It takes less time to dress the hair in this way than almost any other, and it is quite possible to accomplish a good effect without the assistance of a mirror. Hair has been dressed very satisfactorily without hairpins in less than two minutes. It is easy to do and quickly done, for the reason that there is really nothing to do but just tuck the hair up and there it is, pretty, becoming and smart looking.’ (San Francisco Call, 1907)

Part the hair down the middle. Then wrap the ribbon around the head and tie it into a bow. ‘The ends of the cord are joined in an ordinary way, making a circle large enough to fit around the crown of the head. […] Thin hair should be waved with the irons first to make it fluffy and then brushed out before rolling.’ (San Francisco Call, 1907)

‘If one does not care for the parted coiffure it is quite as simple to arrange the hair in the fashionable pompadour, still without using hairpins. To do this the hair is rolled over the cord in the same way, but is not parted in the beginning. The front is treated just as the rest of the hair is, and though at first it is difficult to acquire the knack of rolling all the hair evenly, one soon learns to do it well and quickly. […]

If the contour [of a woman’s face] is oval, her hair thin and inclined to be what is termed “straggling,” then she should adopt the wave and pompadour to increase its apparent thickness. If she has a long neck she should wear her hair parted in front and dressed low in the neck. The woman with naturally curly hair always has an advantage over her straight haired sisters. Furthermore, curly hair is generally short, not too heavy and easily managed, so that the woman blessed with such locks is fortunate in several ways’ (San Francisco Call, 1907)

‘After tucking the ends of the hair over the band the hair may be pulled down and rolled only at the sides. This leaves enough hair at the nape of the neck to make, by using a barette or clasp, the low figure “8,” which is never altogether out of date.’ (San Francisco Call, 1907)

‘A band of ribbon tied in a pretty tight bow in front and behind the pompadour is novel and effective if one wishes to wear such an ornament. Sometimes a filet of leaves, a spray of artificial flowers or a jeweled ornament takes the place of the ribbon. Perhaps the most effective thing for the classic of Greek type of faces is the filet or band of gold or ornamental metal work. There are odd East Indian necklaces and head dresses of beaten gold that are charming additions to an elaborate coiffure. […] Sometimes with very heavy hair a ribbon or broad band of velvet may be substituted for the fine cord. […] If the hair is gray a pearl gray silk cord of light weight may be used in place of the ordinary cord.’ (San Francisco Call, 1907)

‘With a broad brimmed hat, hair dressed this way is very becoming, while with smaller hats the hair may be drawn up and back either with combs or hat pins and fastened securely to the hat. […] Unless combs and puffs are worn the smart woman will find it rather difficult to fasten her hat on securely, especially the large ones that are now being worn, unless she makes the circle of the cord rather small and brings the hair well up at the sides and back, where the roll will form a foundation through which hatpins may be thrust.’ (San Francisco Call, 1907) 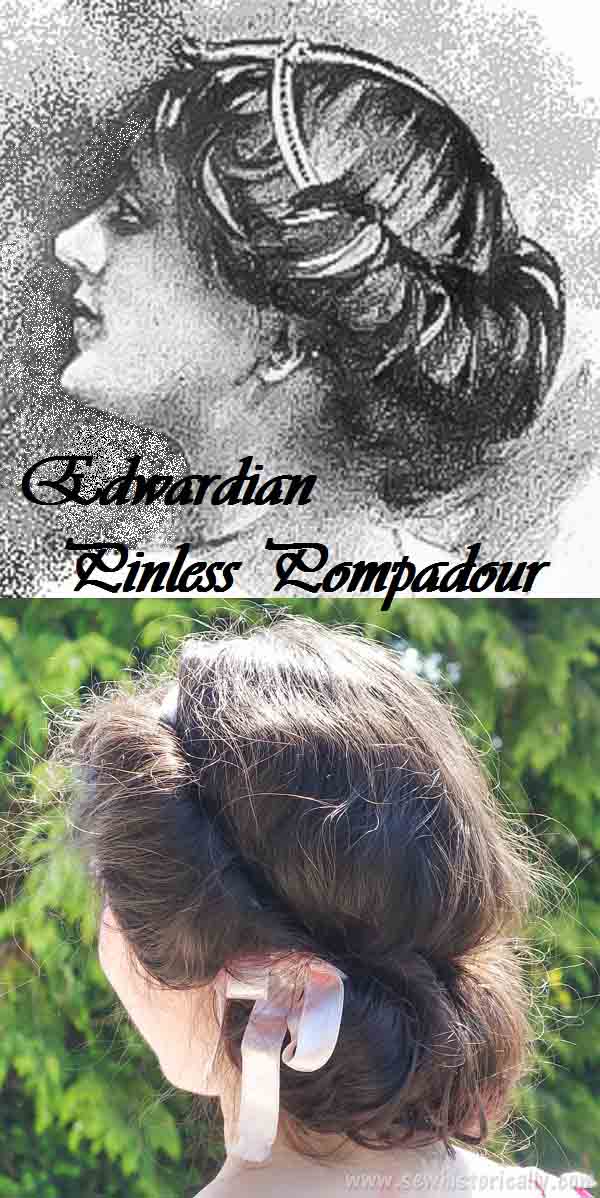 ‘One very important feature of the hairpinless dressing is the improvement it makes in the condition of the hair. Without hairpins the hair does not need roughing, a process which is much in vogue and that does great harm, especially when the hair is roughed hurriedly and carelessly. The hair breaks and snarls in a way that makes brushing it almost impossible. But by brushing it and rolling it over a cord it is kept smooth, and there are no snarls to be combed out, no pulling and tearing at the roots. If there is a natural wave to the hair this rolled dressing cultivates and increases it.

When the hair is first done in this fashion it seems rather loose and insecure, but one soon grows accustomed to the change and experiences an immense relief from hairpins that pull when they go in the wrong way […] It is surprising how many headaches are avoided and relieved by wearing the hair freer and looser.’ (San Francisco Call, 1907) 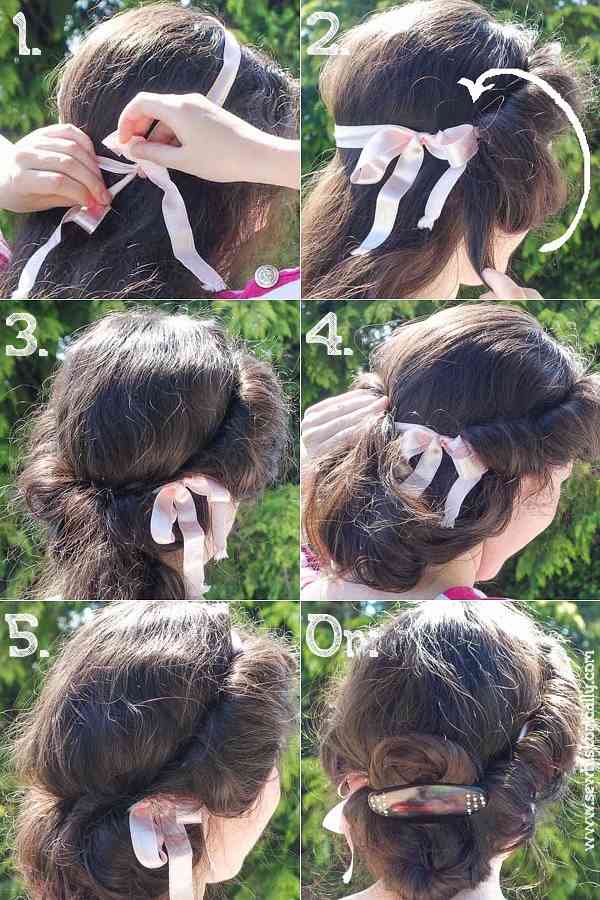