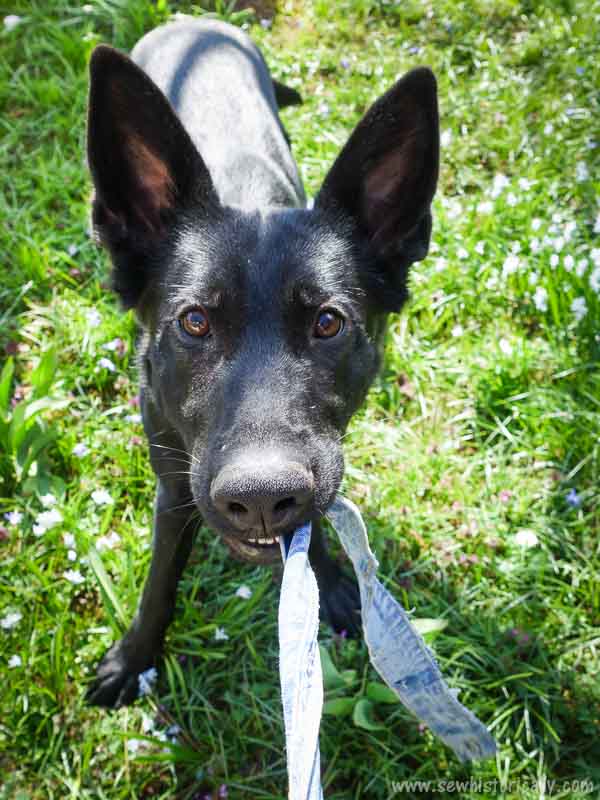 This DIY tug toy is the favorite toy of my puppy – apart from cardboard boxes and empty toilet paper rolls! 😉 My puppy Khaleesi is a destroyer and heavy chewer so she needs DIY dog toys that are durable and easy and quick to make.

And this DIY tug toy is crazy easy to make! Also, besides being cheap, the tug toy is eco-friendly too because you reuse your old clothes! If you refashion jeans that are too small you can’t reuse the waistband – so turn it into a toy for your pup instead.

If your pup loves tug-of-war, he’ll love this tug toy too!

But besides tug-of-war, we also use the DIY tug toy to play fetch and hide & seek. To play hide & seek with toys, tell your dog to sit. Then hide the toy in another room, release your dog and ask her to “Find it!” When your dog found the hidden toy, reward her with a quick game of tug-of-war.

Is the DIY Tug Toy Indestructible?

The toy is more durable than the usual braided DIY denim dog toys. But I won’t lie: If she’s left alone with the toy Khaleesi chews right through it. But she even destroyed her “indestructible” kong toy! 😉 However, when we only use the toy for playing tug-of-war and fetch, it takes weeks or even months for her to destroy it! And when she ripped it apart, I can easily make her another toy. So I’d say, the tug toy is durable but not indestructible.

This DIY Tug Toy is …

TIP: If you don’t have an old jeans, you can also use the waistband of denim skirts or denim shorts, and the waistband, cuffs, collar or belt of denim jackets and denim coats. 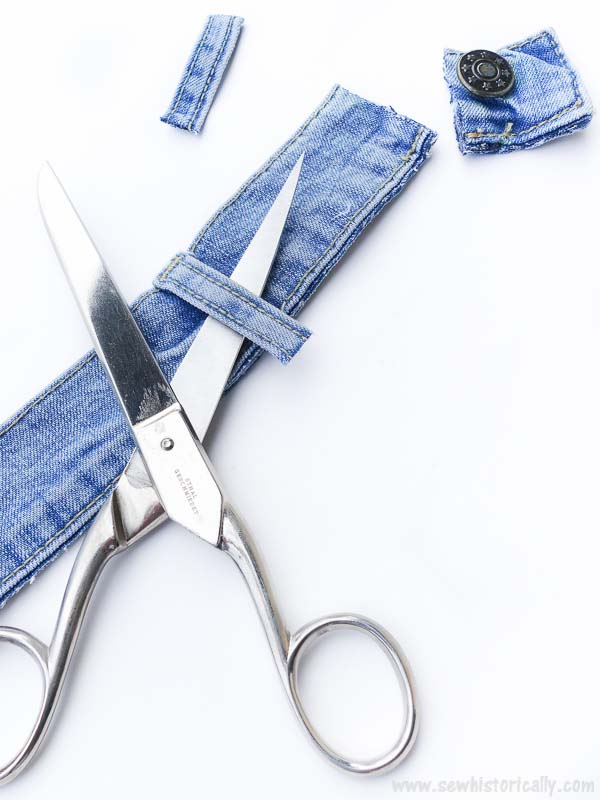 Cut off the waistband close to the seam. You can also cut off the belt loops, but that’s optional.

Then cut off the button. And that’s it! Now the play can begin!

2 thoughts on “The Easiest DIY Tug Toy – Your Dog Will Love It!”