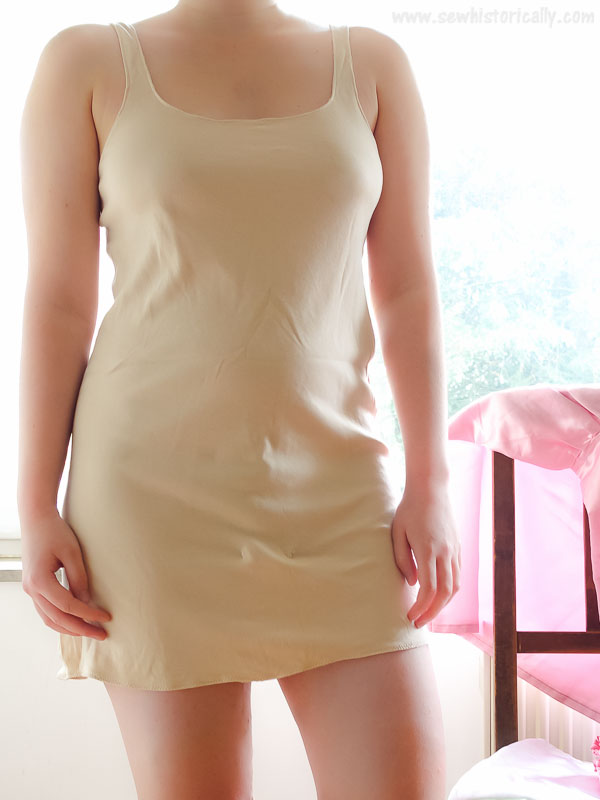 While 1920s envelope chemises look like a short slip, they had flap between the legs turning the slip into a knicker-slip-combination. They closed at the crotch with two snaps or buttons. 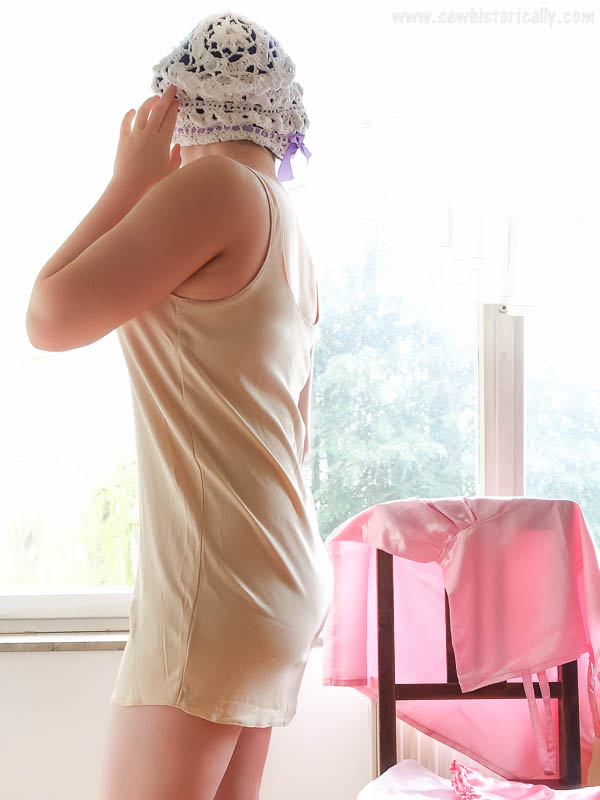 Instead of buying new fabric I often reuse old fabric. For this 1920s cotton knit envelope chemise I used the good parts of an old bedsheet! The bedsheet was a beige-colored, thick 100% cotton knit fabric – suitable for 1920s knit underwear.

‘For the woman who is active and quick in her movements, the camisole-top chemise is not thoroughly satisfactory, for, if it is comfortably loose, the straps, with every bend of the body, slip over the shoulders and bind the arms; for her there can be no better choice than the round-neck chemise […] with shoulder straps a part of the garment. […] Still other points in its favor are that it is smooth fitting, simple of construction, and easy to launder.’ (Underwear And Lingerie, 1925) 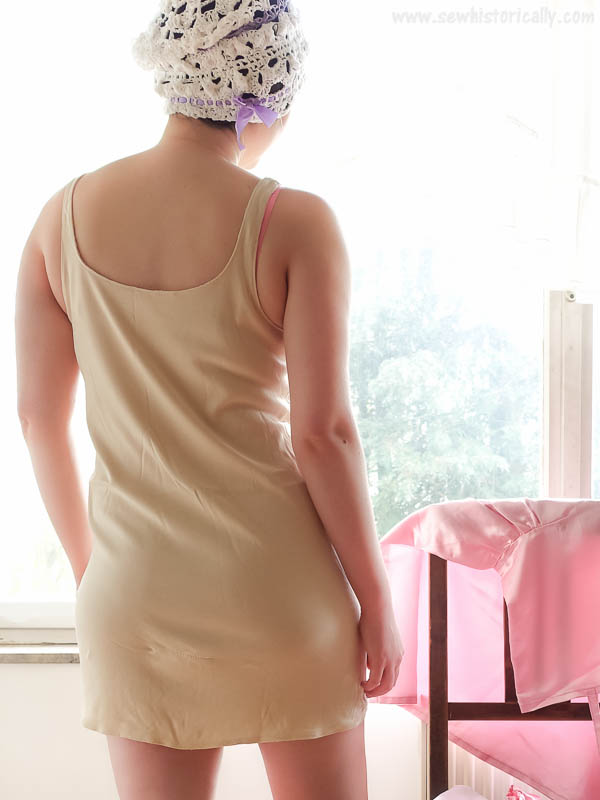