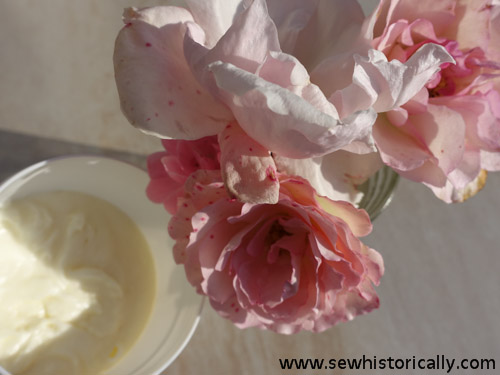 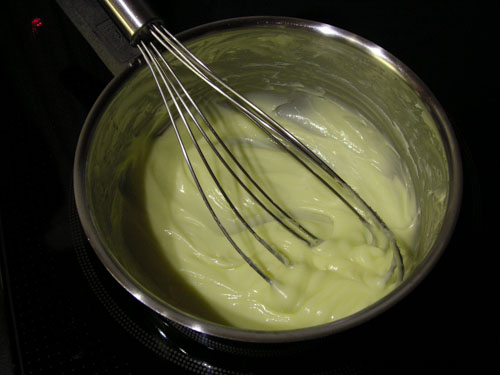 Update: I’ve made the cold cream a second time, but this time just with almond oil, beeswax and rosewater, and without jojoba oil. The cold cream with jojoba oil is much more yellow, while with just almond oil it’s quite white (see the picture with the roses).