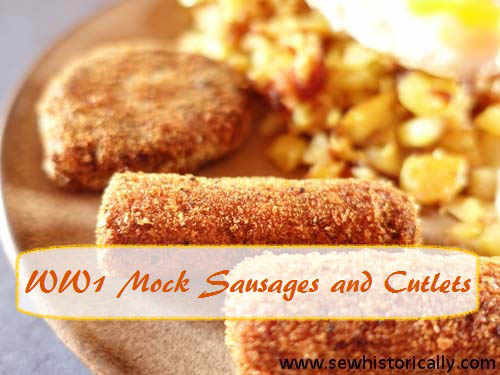 Soak lentils overnight, cook for 20 to 30 minutes with enough water, and strain if necessary. Add onion, tomato paste, sunflower seeds, salt and pepper. Puree all together in a blender till smooth. Thicken the dough with flour and breadcrumbs, and optional one egg (but the egg isn’t necessary for the dough to hold together). 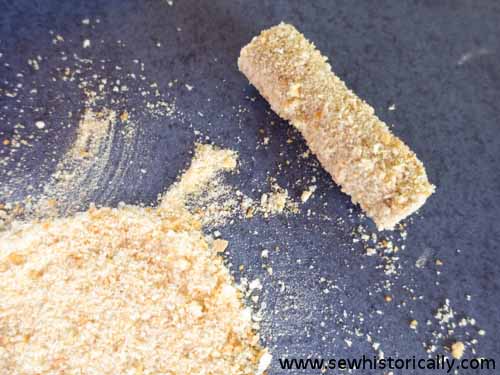 Shape the dough into croquettes or ‘cutlets’ and roll in the breadcrumbs (for a vegan version), or egg and breadcrumbs. 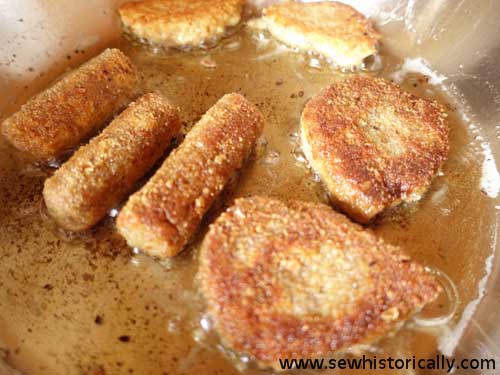 Fry the mock sausages and cutlets in oil. 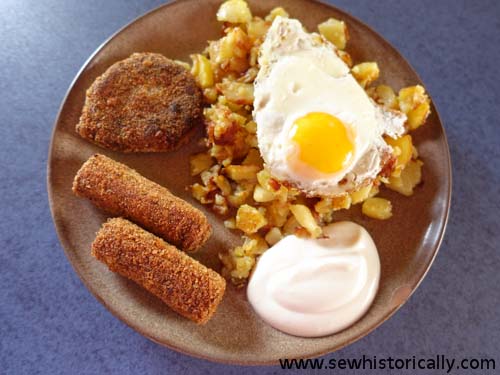 With the meatless sausages and cutlets, we had German fried potatos, fried egg and a soy yogurt dip.