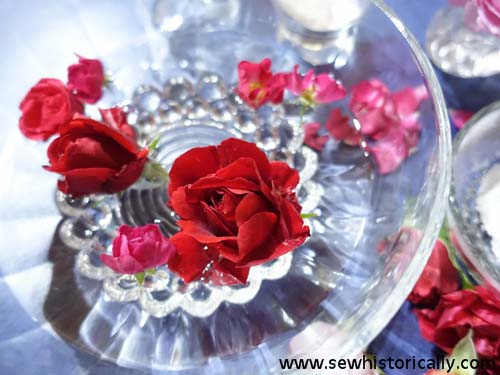 I tried to make Victorian Otto of Roses. The 1840s recipe says to ‘steep the rose buds or leaves in pure water, and collect the floating oil.’ 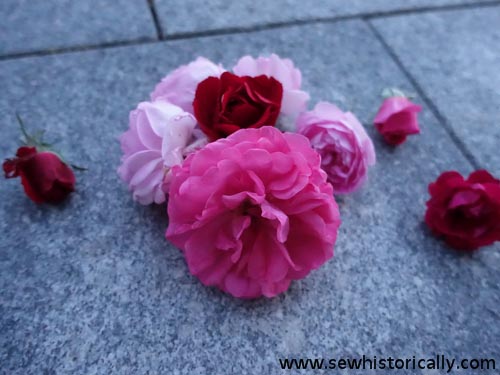 So I’ve gathered some roses from our garden … 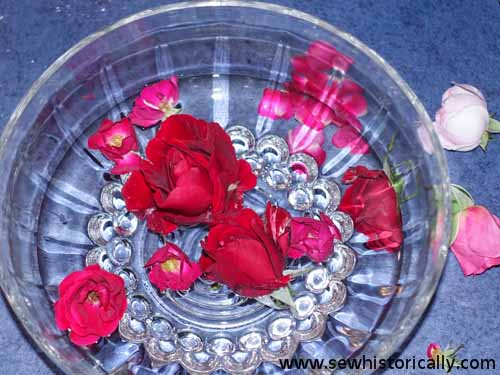 … and steeped the roses in water. The recipe doesn’t say how long to steep the rose buds in water. So I’ve searched the internet for more info: According to the 1838 book ‘The trees and shrubs of Britain’: Essence, butter, attar, or otto of rose ‘has the consistence of butter […] and is so powerful, that touching it with the point of a pin will bring away enough to scent a pocket-handkerchief for two or three days. […] The essence is […] procured […] by collecting the drops of oil which float on the surface of vessels filled with rose water’. So maybe the 1840s recipe means collecting the floating rose oil on the surface of already distilled rose water. 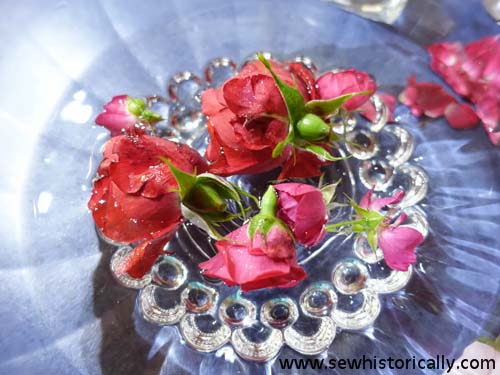 But then I found a secondary reference according to which rose petals soaked overnight in pure water will yield floating otto of roses in the morning, or after several days when exposed to the heat of the sun. 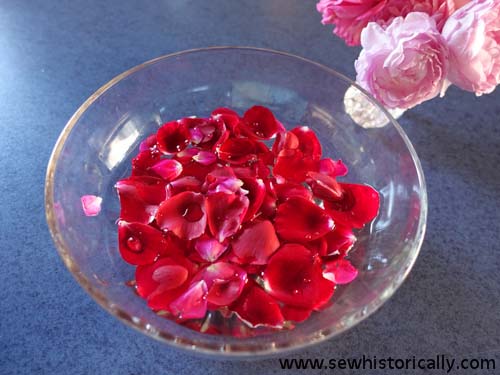 So I let the petals soak for some days in the water. After about two days the water has a wonderful rose scent and taste. But even after several days there was no oil floating on the surface. Maybe I used not enough rose petals or a wrong kind of rose, or it just works with already distilled rose water. 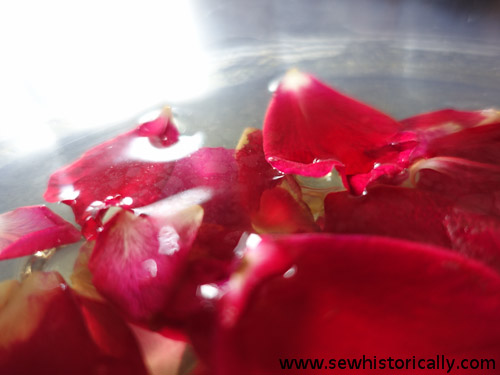 Update: After about a week, there’s something floating on the water, but I don’t know if that’s the otto of roses. 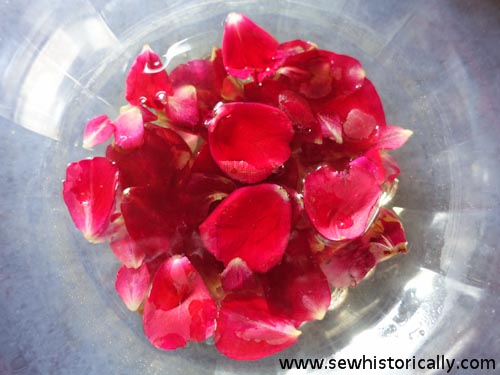 Even after a week, the rose petals look still rather fresh. Some are red like fresh rose petals, while some have paled a bit. I let the glass bowl with the rose scented water stand at room temperature, so some of the water has evaporated. But the water has now a strong scent of roses.