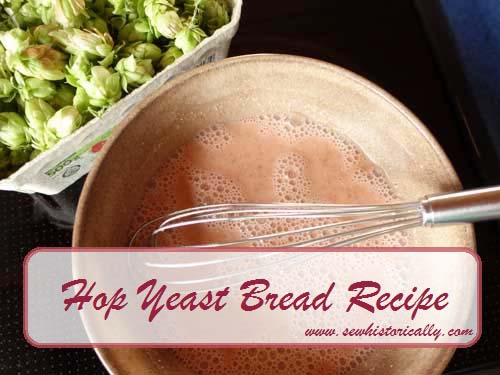 We have wild hops in our garden, and as they’re ripe at the moment I thought I’d try out this Victorian yeast substitute recipe. 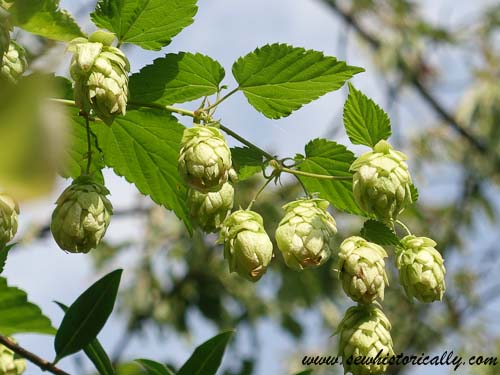 It’s not as easy as I thought to harvest wild hops growing high in trees and bushes! 😉 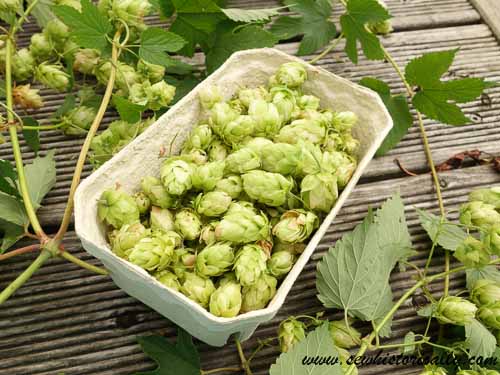 And there’s a horrible garlic smell (dimethyl trisulfide) – like a field of ramsons in full bloom!

But, finally, I had picked enough hops for the Victorian hop yeast. 😀

Boil hops in water till the hops fall to the bottom – which took about an hour. At first, the hop water is light green, then it turns into golden yellow, and finally its brown. And now the horrible garlic smell is in all rooms! 😉 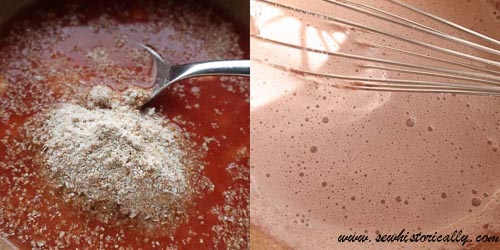 Strain the hop tea, and stir in flour and sugar – it tastes very bitter and sweet at the moment. Let the hop starter stand for two days at room temperature, stirring it often. The starter has a lovely pinkish color. But after two days, the hop starter begins to smell bad – worse than the acetone smell of sourdough.

After two days, stir in the mashed potatoes. Let the starter stand for another day at room temperature. Now the starter has a really bad smell! 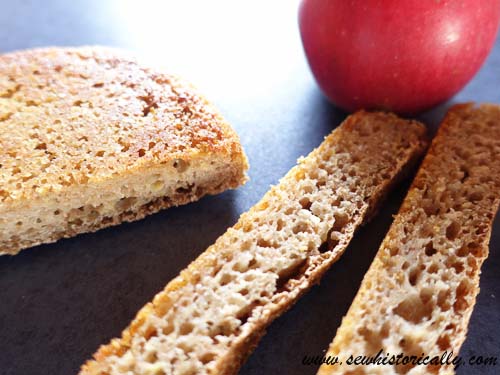 According to the Victorian recipe, the hop potato starter is now ready for baking: Mix one fourth of the starter with three of warm water, knead in enough flour to make a dough, let the bread rise overnight. The bread has risen a bit, but not as much as traditional sourdough bread. Preheat the oven to 200°C and bake the hop bread for about an hour. While baking, it smelled fine. But later there was the off smell again, so I had to throw it away – maybe there were bad bacteria in it. I don’t think I’ll make the hop starter again, traditional sourdough is easier to make, smells and tastes better.