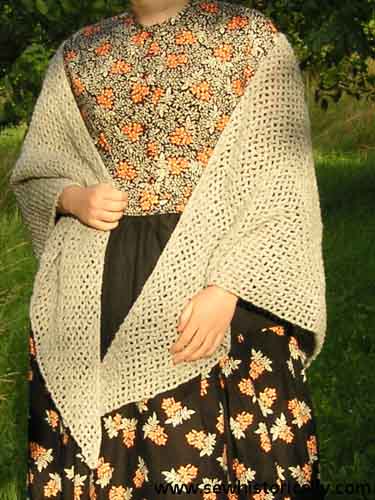 In the Victorian era, women usually wore a woven wool scarf or a knitted sontag, but sometimes they wore a crocheted scarf. 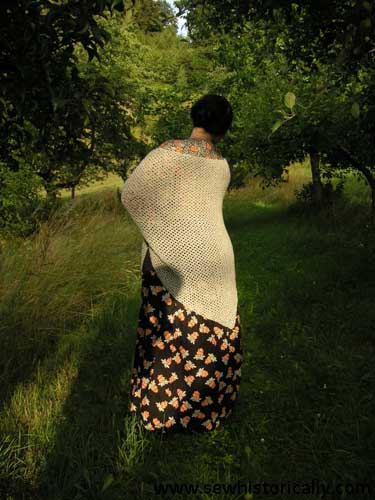 I’ve used a rather scratchy grey wool blend yarn (mostly wool and just some other fibers). The yarn had blue and red wool dots which I’ve removed. This took the most time! 😉