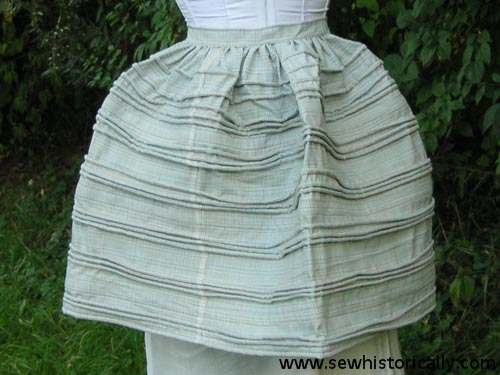 This is my Victorian corded petticoat. It’s just a short petticoat – about knee-length. Usually, stiffened underskirts, such as (horsehair) crinolines and corded petticoats, were shorter than over-petticoats in the mid-Victorian era: 1858 painting, ca. 1835 short whalebone crinoline, and mid-19th century crinoline. This 1840s short corded linen crinoline has about the same length as my corded petticoat. 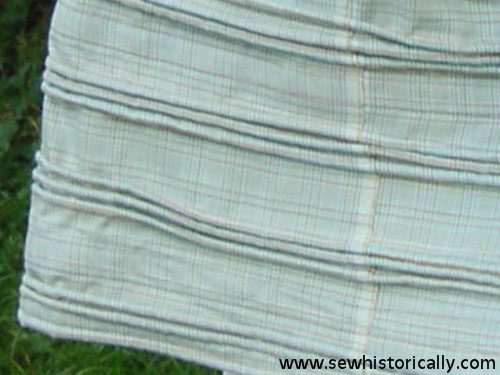 I’ve used a stiff, green and brown checked cotton fabric which I’d in my stash. Green was a difficult to produce dye at that time, so this isn’t historically correct. Apart from that, not all underwear was white: Old patterned skirts were often remade into underwear when they became too frayed to be worn as skirts, especially by the lower classes. 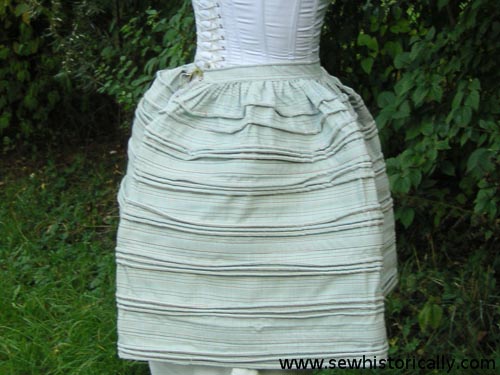 With the many rows of cording it’s really stiff and creates the fashionable mid-Victorian bell-shaped silhouette, but I find cotton petticoats without cording more comfortable to wear.