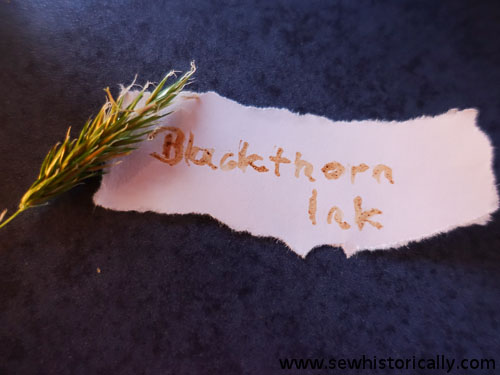 Blackthorn ink was one of the most used inks in medieval Europe; other ancient inks are oak gall ink and India ink. I was curious how blackthorn ink would write, so I’ve made some. The ink isn’t difficult to make, it just takes some time. I’ve written a tutorial, so that you can make your own blackthorn ink. 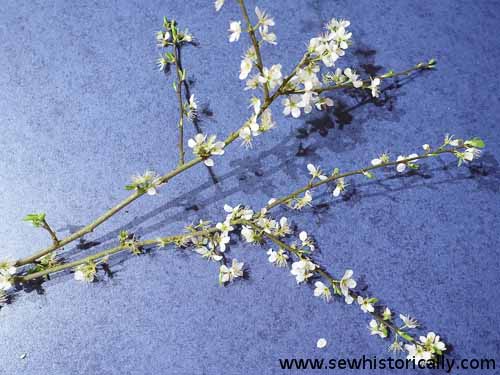 Prune some blackthorn twigs (prunus spinosa) in April or May. Remove the sloe flowers (they can be used to make a blood-purifying tea). 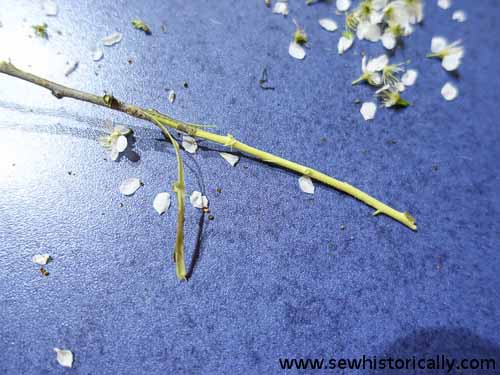 Then peel the bark from the twigs. 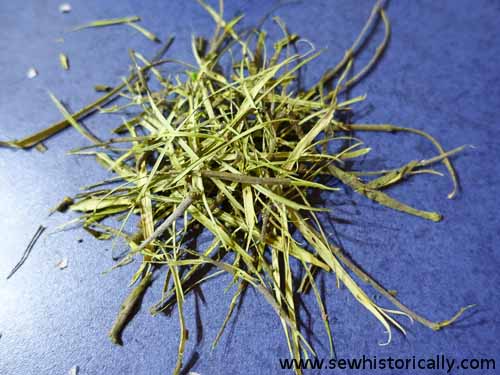 Soak the bark for about 3 days in water. 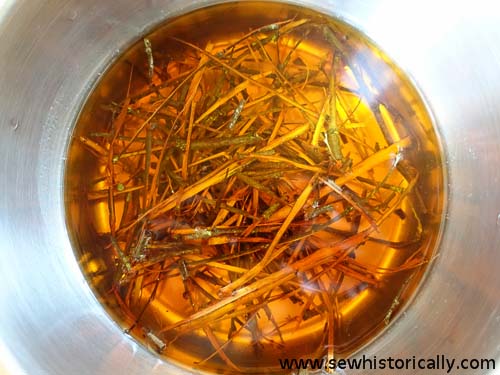 After 3 days bring the dye solution with the bark to a boil. 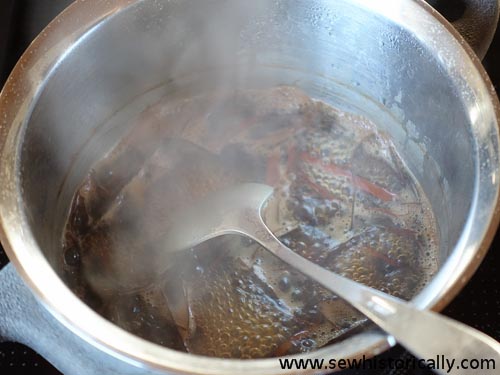 Let the bark again soak for some days in the dye, then boil it again. I’ve repeated this soaking-boiling process about three times, but maybe longer soaking would yield a stronger colored ink. The original recipe says to repeat the soaking-boiling-process till the bark is completely exhausted – whatever that means: Till the bark is white? I don’t know. 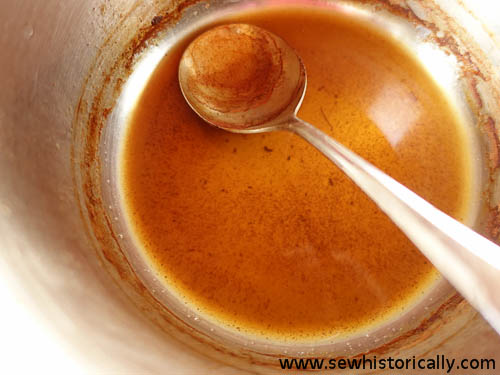 Then after a complete soaking time of about nine or ten days, I’ve removed the bark, and brought the ink solution to a boil again. 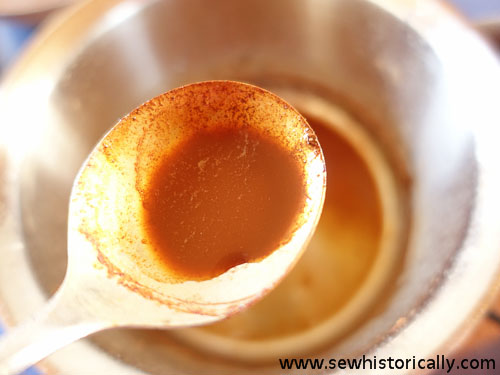 I’ve boiled the watery ink solution down to a concentrated dye. 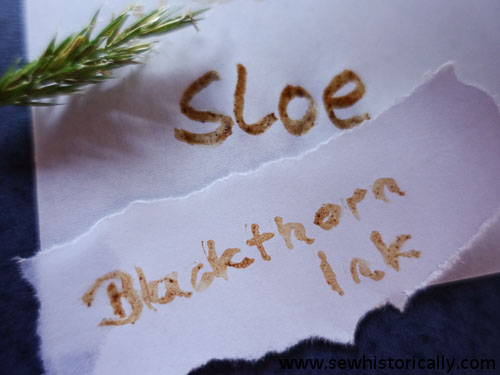 Because I couldn’t find my dip pen, I’ve written with a grass stem. 😀 It’s a reddish brown ink, which seems to be water-insoluble (I’ve wetted one edge of the paper with some water). I’ve read that blackthorn ink is as waterproof as oak gall ink, and as lightfast and durable as India ink.