Almond extract is easy and cheap to make at home – it just takes some time! You can use almonds to make homemade almond extract or something that you’d usually throw away: fruit stones! 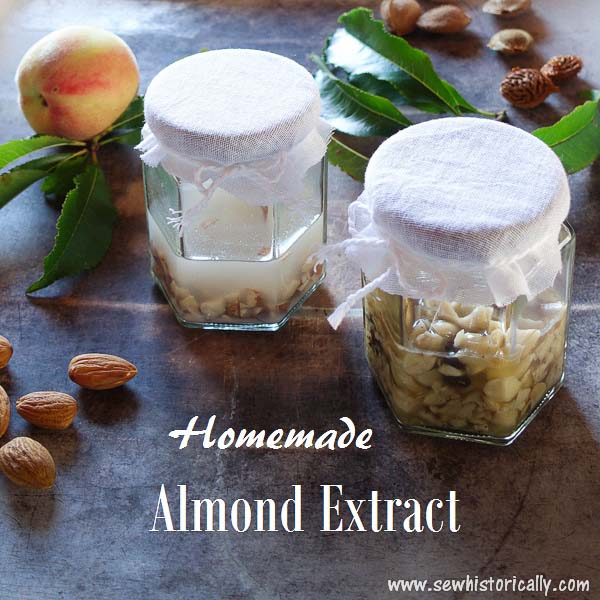 In the past, fruit stones – such as apricot pits, peach kernels and cherry pits – were often used to flavor custard, cake or compote. Real almond extract – also called noyaux – is made with fruit stones. But apricot pits etc. contain a form of cyanide – so if you’re worried about it just make homemade almond extract with almonds!

You can use homemade almond extract to flavor ice cream, cocktails, cakes, cookies, compotes and desserts. 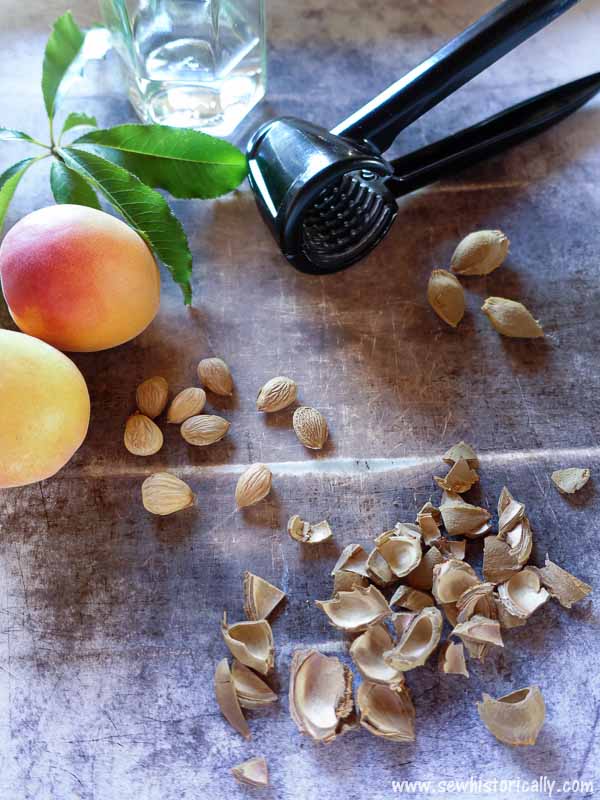 Apricot kernels are used to flavor amaretto, marzipan and almond extract. Apricot kernels are the seeds found inside the pits (stones) of apricots. They look like little almonds but they’re bitter and shouldn’t be eaten raw because they contain amygdalin which turns into cyanide inside the body. But almond extract with apricot kernels is safe to eat after cooking or baking: Heat destroys amygdalin. (More about it here and here.) Many foods that we consume daily contain amygdalin: curants and raspberries, sprouts, cashews and macadamia nuts, beans and lentils – all contain amygdalin (source). And salt with anticaking agents contains cyanide too (source).

Wash and dry the apricot pits. When you’ve gathered enough, crack the pits open. Some say to use a hammer or vise but I used a nutcracker to crack the pits which was easier than I feared – like cracking almonds. Roughly chop the apricot kernels and put them in a glass jar. Cover them with vodka and seal the jar tightly. Store the homemade almond extract in a cool and dark place, shaking the jar occasionally. Homemade noyaux is ready for use after 2 or 3 months. Don’t use too much of the extract and use it only for cooked or baked goods, such as custard, cakes and cookies.

Chop the almonds coarsely with a sharp knife. Combine all ingredients for the homemade almond extract in a glass jar. Add more vodka if necessary so that all almonds are covered. Seal the jar tightly and store it in a cool and dark place, shaking the jar occasionally. Homemade almond extract is ready for use after 2 or 3 months.

If you’re hooked now, peach leaves taste of bitter almonds too! ‘A peach leaf, infused with milk when it is scalded for custard, will give the flavor of noyau.’ (The Century Cook Book, 1895)

26 thoughts on “Homemade Almond Extract – With Almonds Or Apricot Pits”