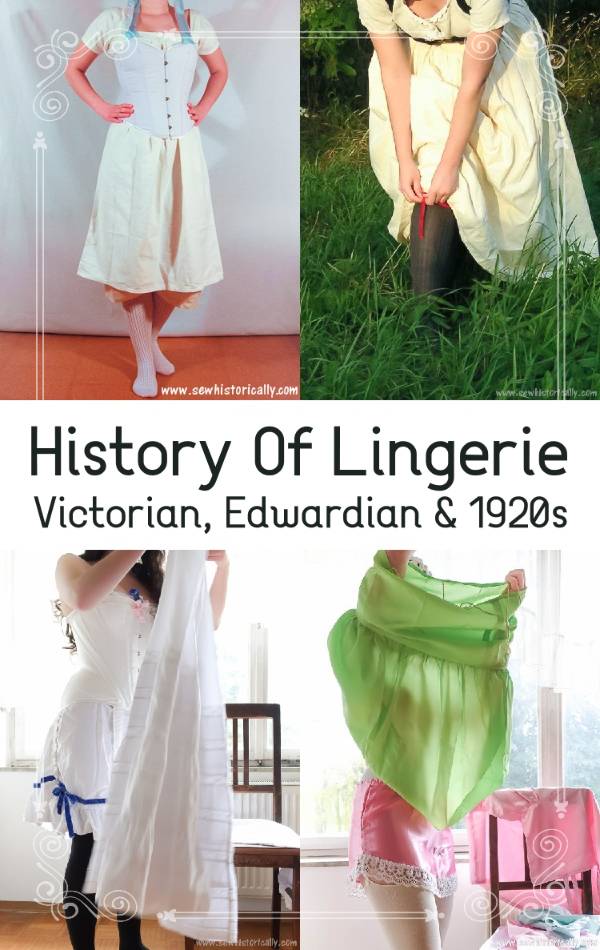 Underwear might seem less important than the dress but the right underwear provides the foundation and right silhouette for the dress. ‘It is upon the unseen foundation that the fit and grace of one’s gowns largely depend’ (New York Times, 1907).

To find out more about the underwear of a specific era, click on the links below. 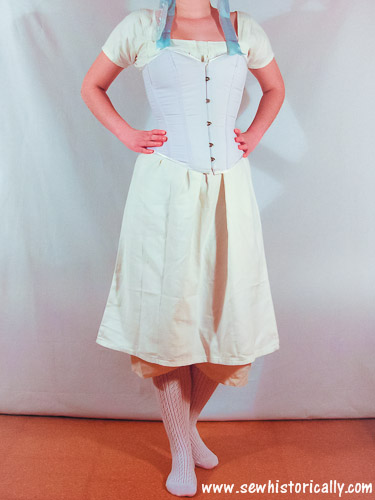 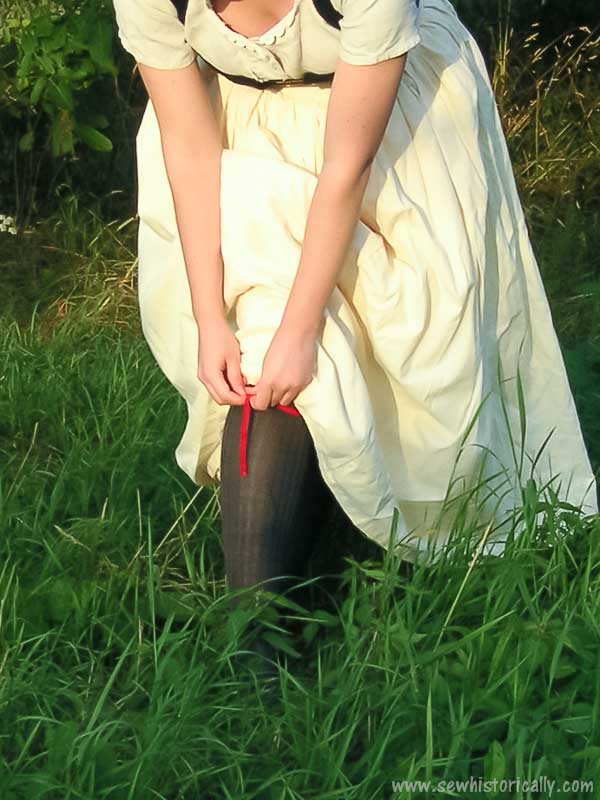 Victorian undergarments were white or unbleached beige and usually very plain without lace or embroidery. Colored and embroidered underthings were considered indecent because no one would ever see them! Natural fabrics were used for Victorian underwear: linen was the most popular, while cotton was cheaper.

Since 1856, the steel cage crinoline was available. And many women preferred to wear the new crinoline instead of the many petticoats!

Victorian working class women often wore unboned or just lightly boned stays instead of corsets. During their work, they were often seen in their underclothes – chemise and stays – without a jacket or bodice covering the stays (of course, they still wore petticoats, a skirt and head covering). 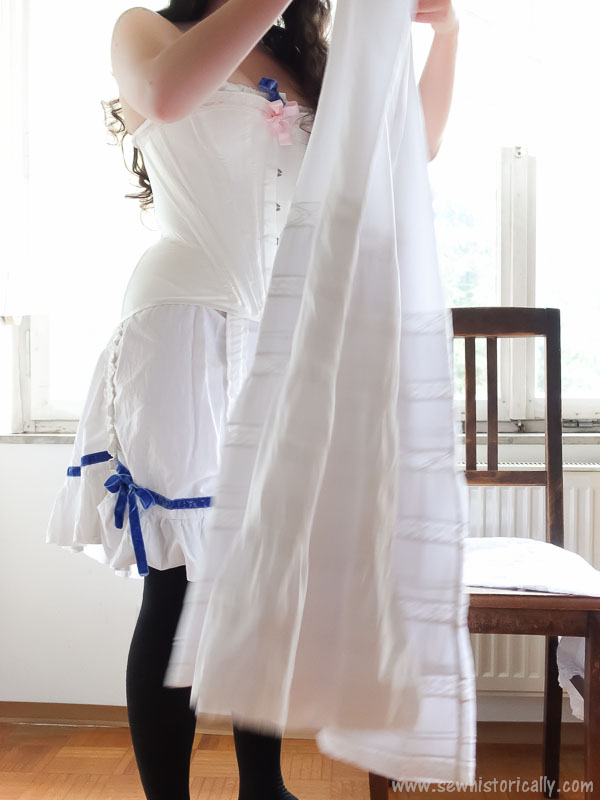 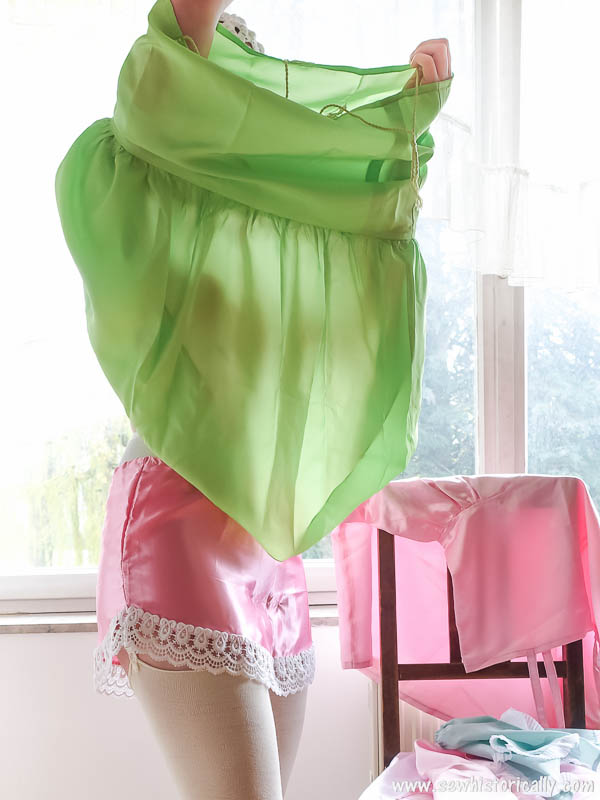 The Edwardian era was a short period and the lingerie became dainty and frivolous! White was still a popular color but stockings were now usually black or colored and colored silk corsets and petticoats were in too! The straight-front or S-curve corset was the new fashionable corset shape.

Edwardian lingerie was usually made of cotton or silk and trimmed with rows and rows of lace. Valenciennes lace was the most popular lace in the Edwardian era. Artifical silk underwear was available too but frowned upon: Edwardian ladies preferred to wear expensive silk or cotton and lace underwear!

1920s underwear looked different but women in the 1920s still wore the same kind of underwear. Even corsets were still worn!

1920s lingerie was usually white, black or pastel-colored and was made of silk, cotton, rayon or celanese (cellulose acetate).