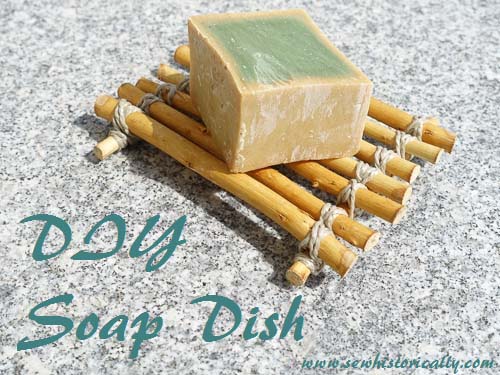 Today I made a DIY soap dish with apple tree twigs! It’s such an easy and fast DIY project. I saw similar twig soap dishes sold online, and thought I could make that myself. 😉 So here’s my short tutorial if you want to make your own natural twig soap dish. The soap dish just needs two materials. And because the materials are all natural, the soap dish is compostable if you don’t want it any longer. 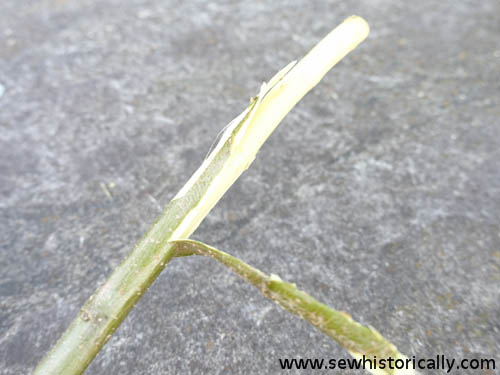 Remove the bark from the twigs: When the twigs are fresh, it’s easy to just peel off the bark. Cut the twigs into pieces: two shorter, the other longer. 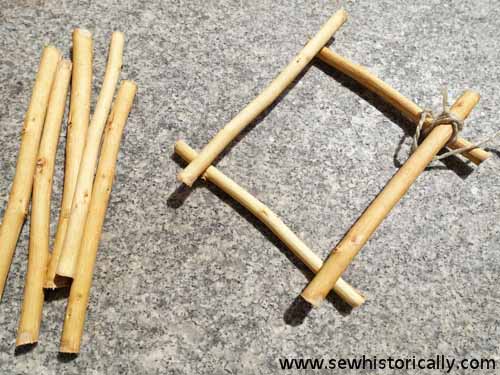 Because I used fresh twigs, I let them dry for some days in the shade.

Tie the longer twigs to one of the short twigs. Wind the twine four times crosswise around each twig pulling it tight. 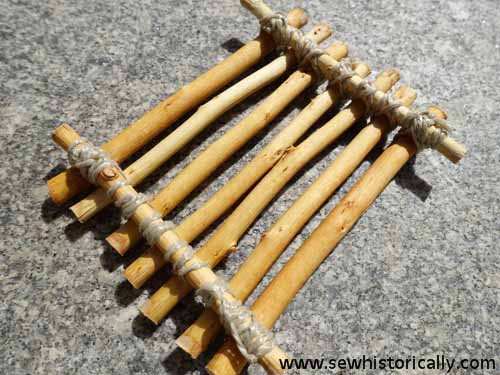 And the DIY twig raft soap dish is finished! 😀