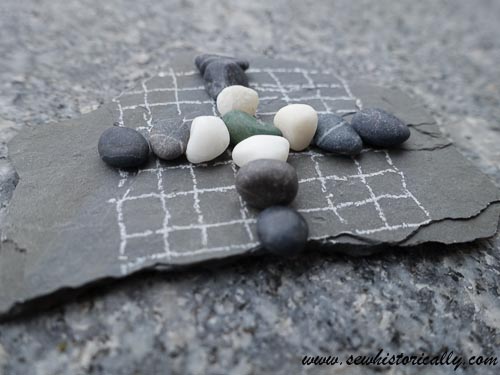 At the moment, we’re often playing tafl games, such as Brandubh, Ard Ri, Tablut and Hnefatafl. Tafl games are a family of Viking strategy board games. Tafl games were played before chess became popular during the Middle Ages. The game looks simple but it’s as interesting as chess. 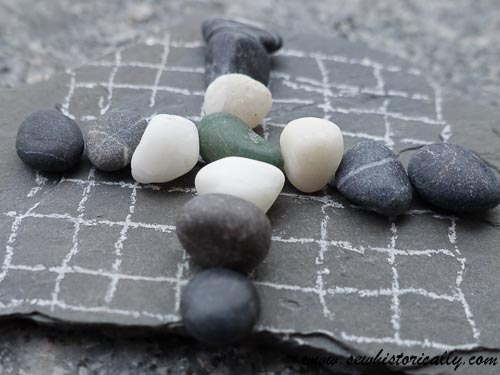 Here’s a website with rules of the game Tablut. 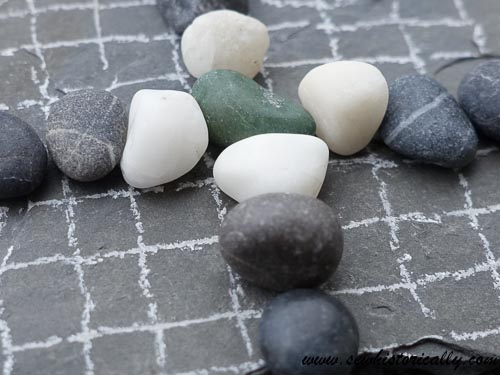 I’m thinking about making a Tafl game board out of fabric – here I’ve made a fabric Pachisi board – stone or wood. 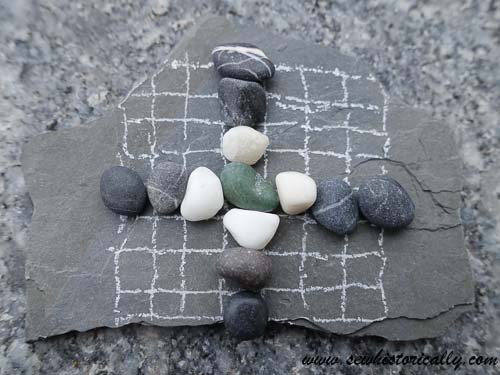 Here I tried to make a Brandubh game board with a dark gray slate. 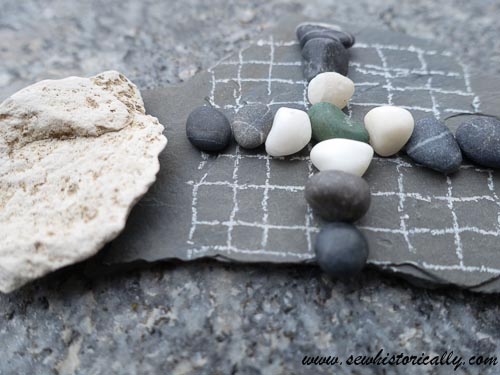 I drew the lines with a white, chalk-like river rock. 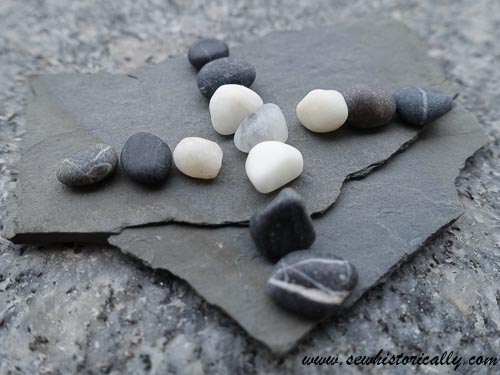 The game pieces are small, round, black and white pebbles. 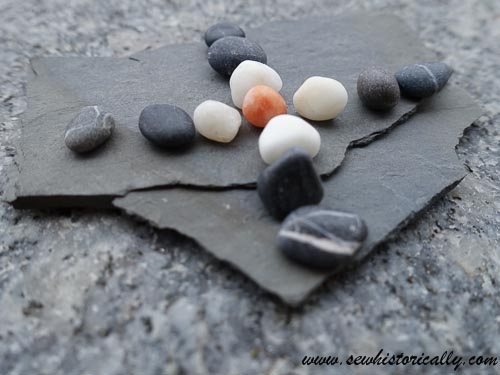 I tried out different colored pebbles as king piece: a gray, green and reddish pebble. 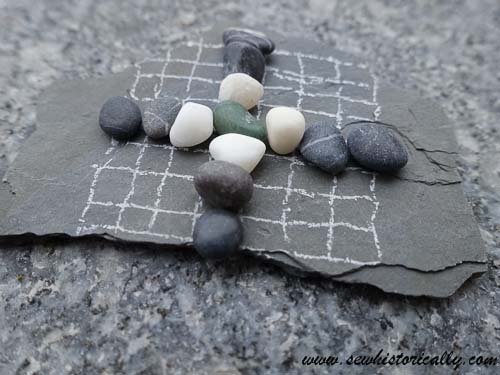 I think the stone game board looks beautiful, but sadly the slate is a bit too small.