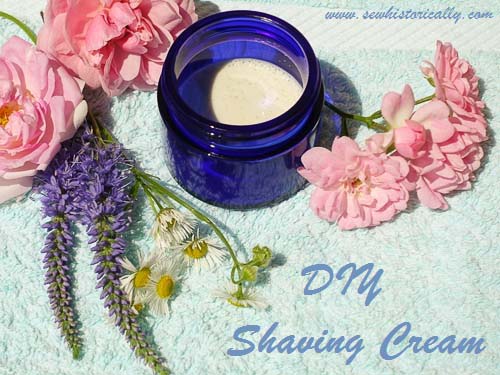 Today I made my own shaving cream. 😀 I didn’t know that it’s so easy to make homemade shaving cream – and what’s best it’s all natural! It’s actually a Victorian recipe for shaving cream.

Grate the castile soap. Melt grated soap and rose water over low heat. Melt the cold cream, then add the dissolved soap and stir until combined.

I have really sensitive skin on my legs and I usually get a rash after shaving my legs with commercial shaving cream. Quite unexpectedly neither of the shaving creams produced a rash. Yay! After the shave I dabbed some homemade rosewater on my legs which also might have helped to prevent a rash. 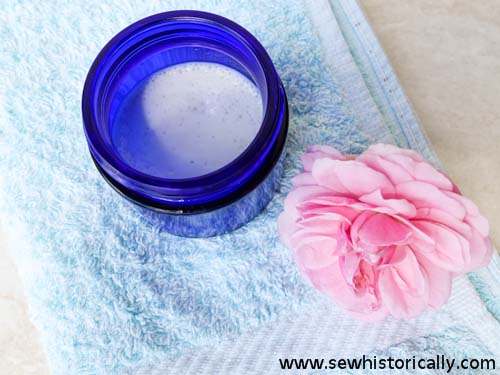