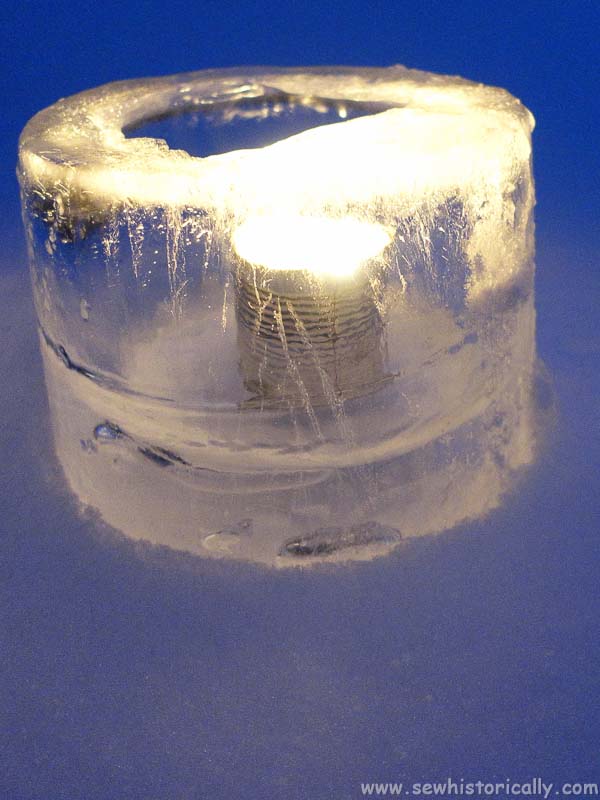 It was so much fun to make DIY ice candle holders for Christmas Eve that I made ice luminaries again for Three Kings Day. 😀 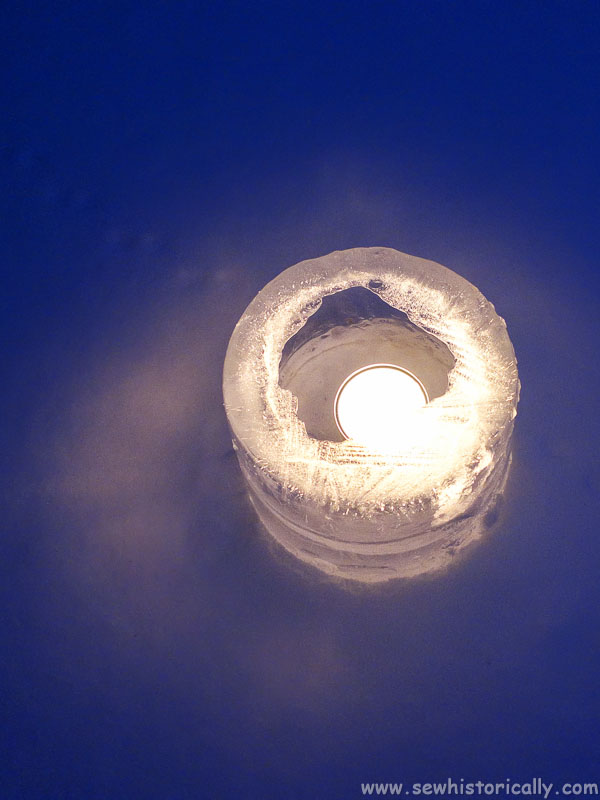 This time I used buckets to make big ice luminaries. 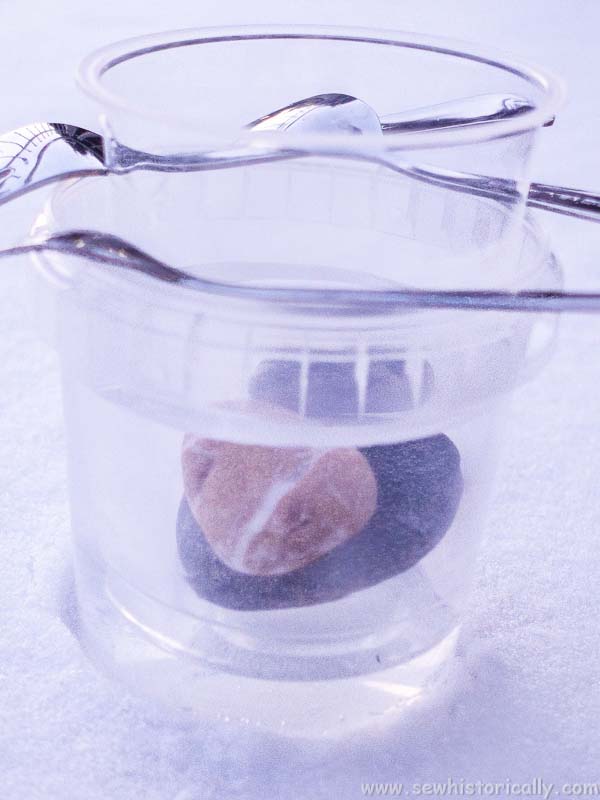 It was so cold outside at the beginning of the new year that I just put the buckets full of tap water outside. After one night the ice luminaries were frozen solid.

To remove the ice luminaries, I poured boiling water around the buckets. 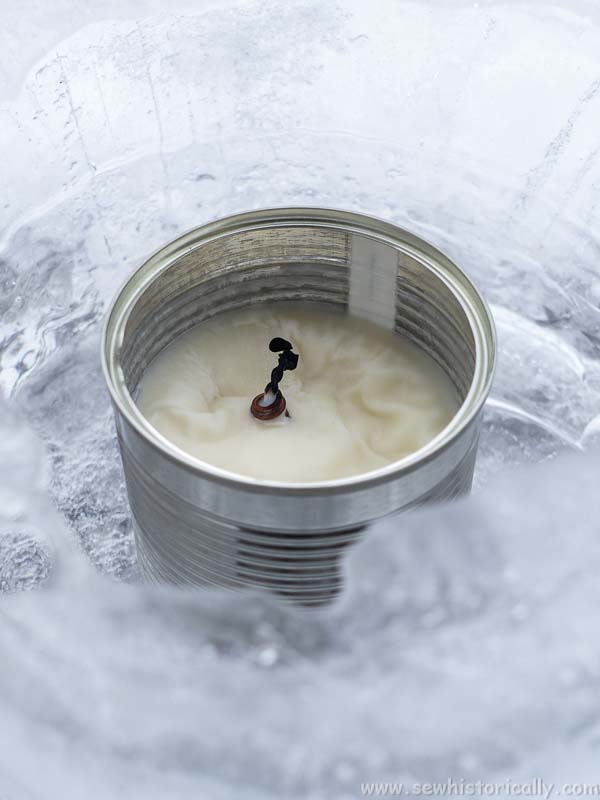 I used my DIY tin can oil lamp instead of a candle or tealight. I find it economical when I can use up old cooking oil (even rancid oil doesn’t smell rancid when it’s burned in an oil lamp) and an oil lamp isn’t as hot as a candle, so the ice doesn’t melt as fast.

Because it was so cold outside, the cooking oil was solid the next morning! 😀 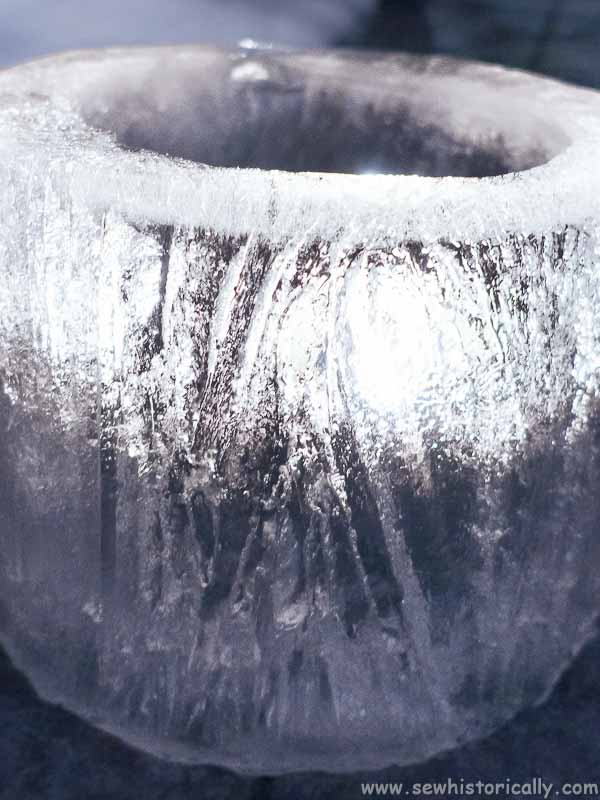 After some days, the weather got warmer. So the ice luminaries began to thaw in the daytime and froze again at night producing a beautiful frosted relief glass. 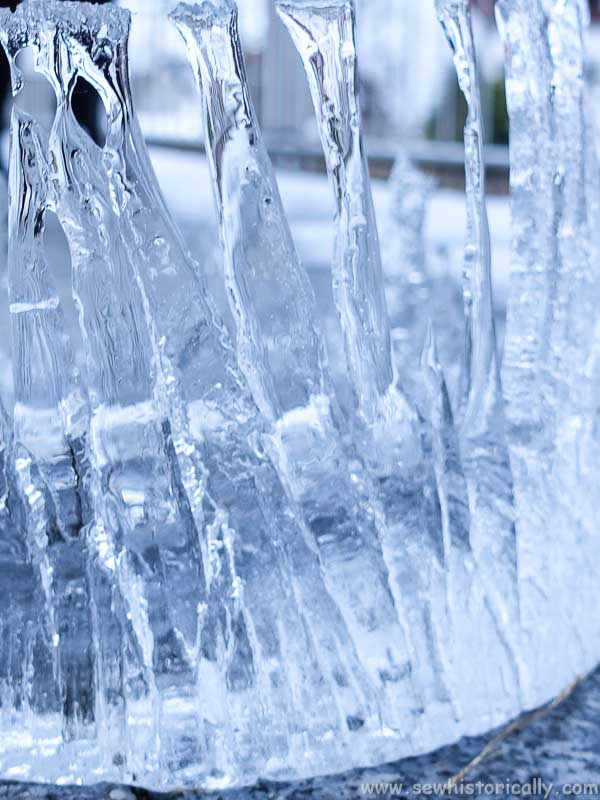 After about a week, the ice luminaries melted. The melting ice luminary turned into a beautiful ice crown! 😀 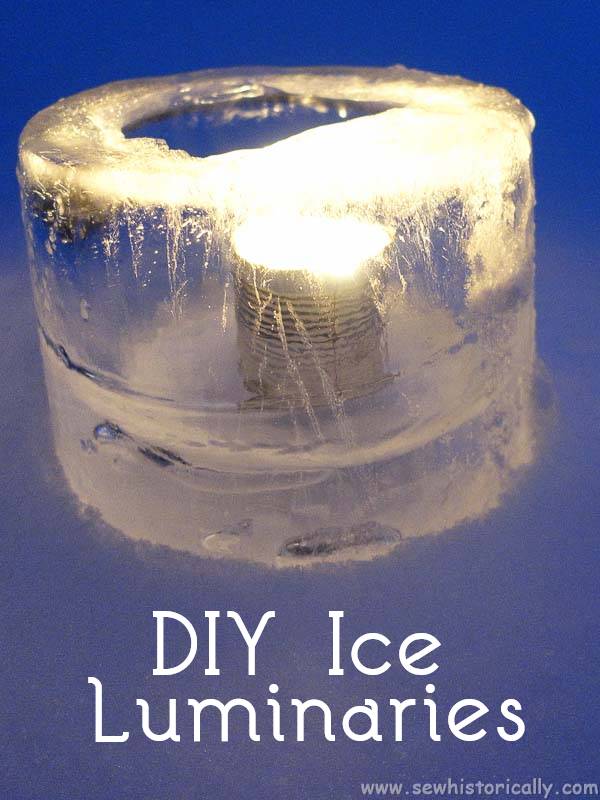