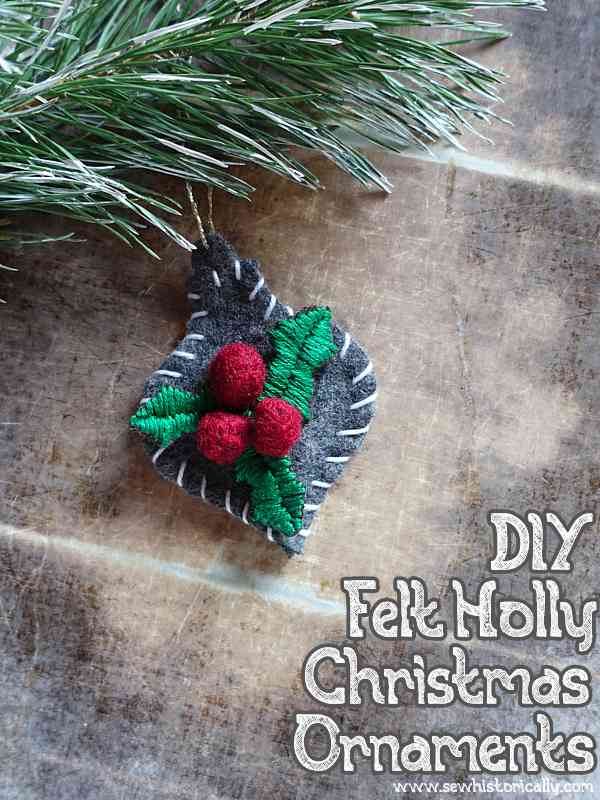 These DIY holly felt Christmas ornaments are an easy Christmas craft to make with your kids! All you need for the holly felt ornaments is felt and embroidery thread.

Draw three small holly leaves on a piece of felt with a dressmaker’s marking pencil. Then cut off a piece of green embroidery floss and fill the felt holly leaves with two rows of satin stitches.

Now cut out the felt holly leaves: Be careful not to cut the stitches. This type of embroidery is called stumpwork or raised embroidery. Stitch one side of the stumpwork holly leaves to one of the gray felt ornaments with two or three stitches.

Instead of the stumpwork holly leaves, you can simply cut three holly leaves out of green felt. 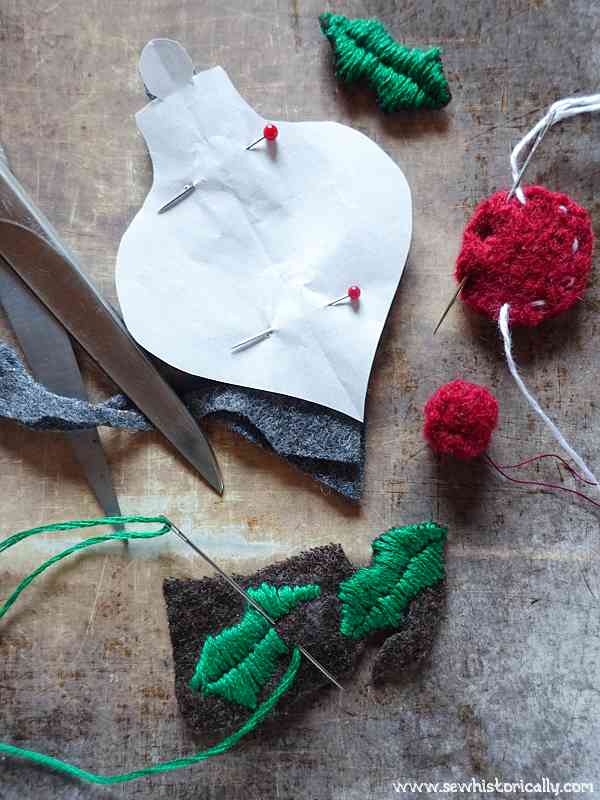 Cut three small circles out of red felt. By the way, the circles don’t have to be perfectly circular.

Sew running stitches around the circle. In the photo, I used white thread so that you can see the stitches. But better use red sewing thread for your felt holly berries. Then draw the thread tight to gather the felt circle into a berry.

Now thread a needle with a piece of white embroidery floss. And sew the two gray felt Christmas ornaments together with overhand stitches. 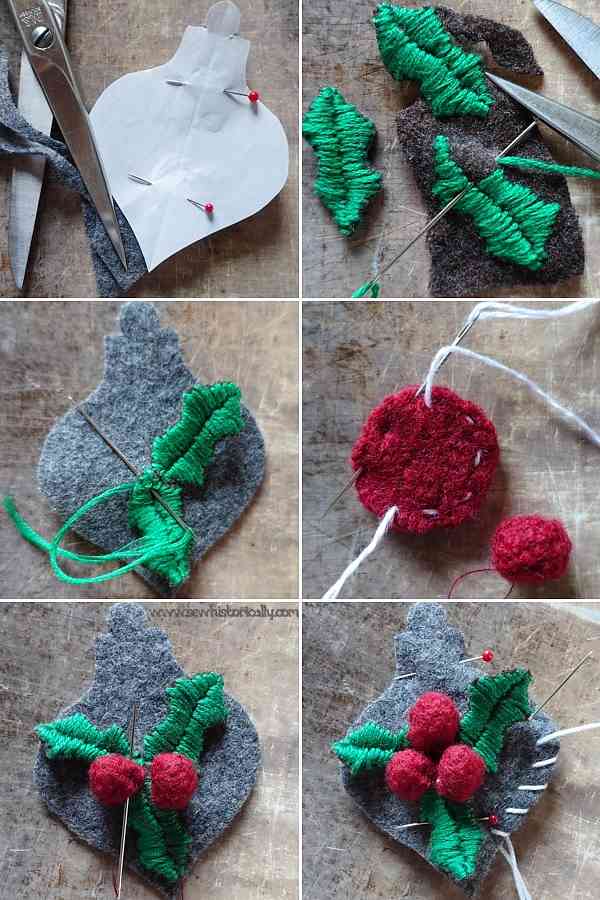