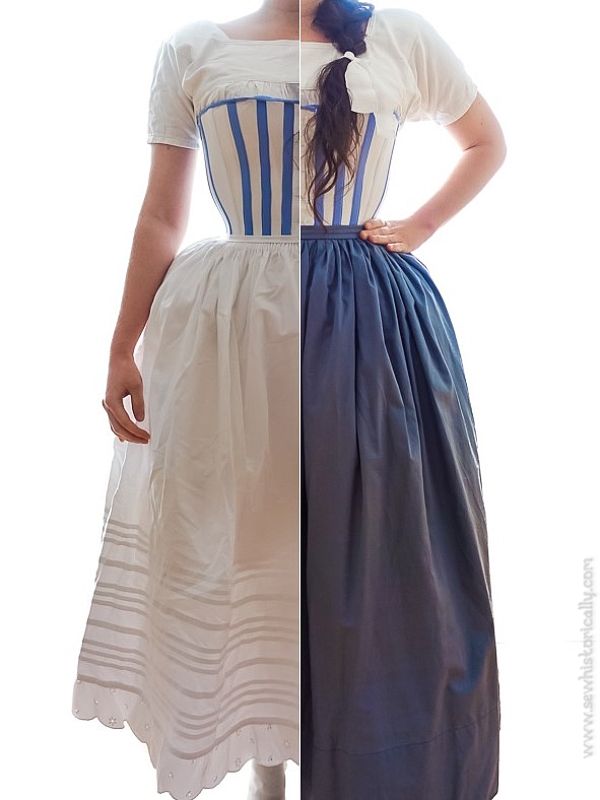 In the 1840s and 1850s prior to the invention of the crinoline, dome-shaped or bell-shaped skirts were fashionable. So I thought it’d be fun to make a comparison of the different Victorian petticoats, which I’ve sewn over the years, to see which underskirts would produce the best dome-shape.

I’m comparing my four unstarched cotton petticoats, a starched and tucked petticoat, a quilted and a corded petticoat. I’m always wearing the same blue skirt over the underskirts so the shape is easier to see. I’m also wearing the same typical mid-Victorian underwear under the petticoats. 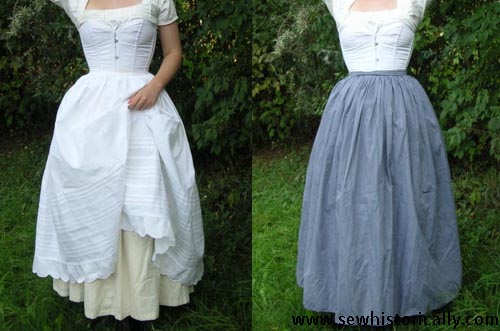 In the picture above I’m wearing my four unstarched cotton petticoats and my starched and tucked petticoat.

Here I’m just wearing the four cotton petticoats, this is what I’m usually wearing under my Victorian dresses.

My quilted, and tucked petticoat over it.

The corded petticoat doesn’t make a round dome-shape, and I find it uncomfortable to wear because it’s so stiff.

The corded with the tucked petticoat. This produced the largest dome-shape.

For a better comparison I’ve just worn one or two underskirts, but in the Victorian era more petticoats were worn together to get the fashionable poufy skirt shape.