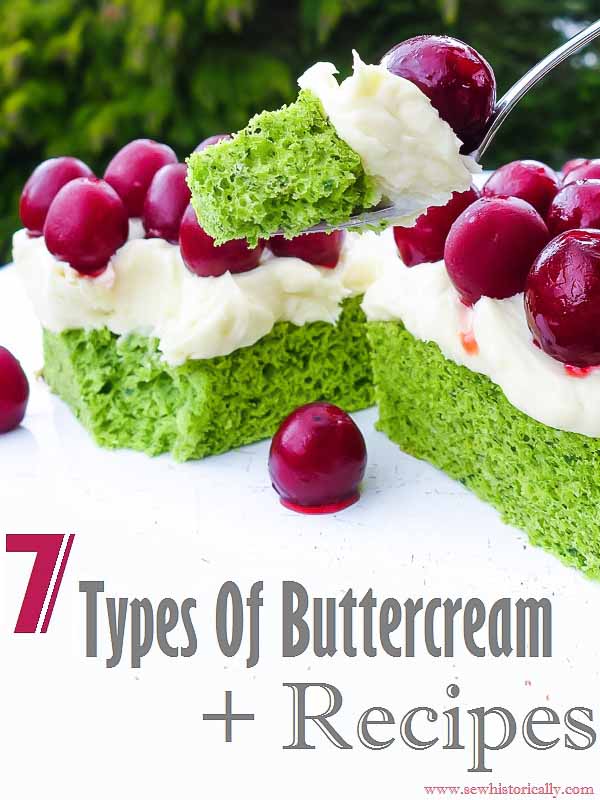 Related: 15+ Ways To Use Up Leftover Egg Whites Or Egg Yolks 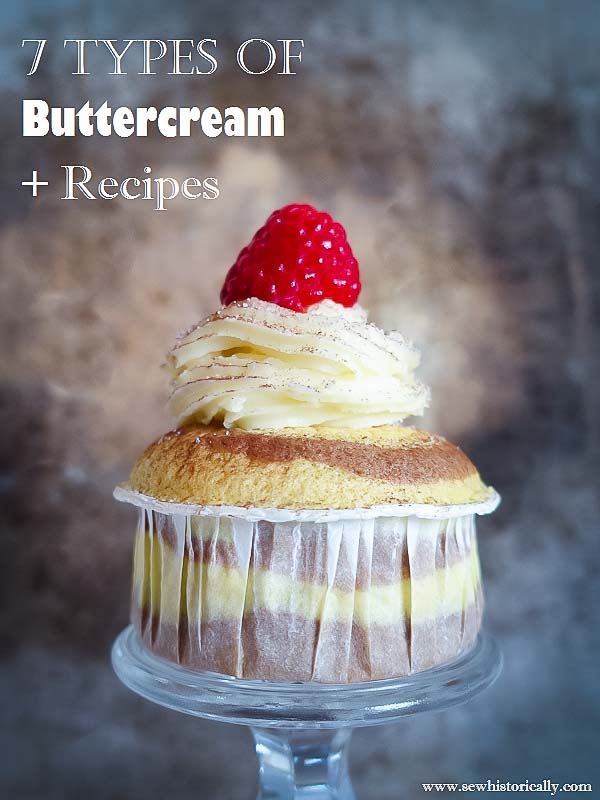 American buttercream, also called simple buttercream, is made by creaming together butter and sugar. It’s the easiest and quickest frosting to make.

In my opinion, meringue-based buttercreams taste best when served at room temperature: Then they’re light and airy – almost like whipped cream.

You can make dairy-free, egg-free and vegan buttercream by making the following substitutions.

For Vegan Buttercream Use:

Click on the links below the images for the cake and cupcake recipes.

Combine egg yolks, milk and sugar in a saucepan and whisk until smooth. While constantly stirring, cook the custard over medium heat until thickened. Stir in the vanilla extract. Let the custard cool down to room temperature.

Beat the softened butter in a medium-sized bowl with an electric mixer until pale and creamy. Add the custard one tablespoon at a time, mixing well after each addition.

Beat all ingredients together with an electric mixer until smooth.

Instead of strawberry puree and sugar, use:

In a saucepan, bring strawberry puree and sugar to a boil.

Pour the hot strawberry jam into the egg whites in a stream. Beat on high speed for about 10 minutes. Lower the speed to medium and continue to beat the meringue until it has cooled to room temperature.

Add the butter, a tablespoon at a time. Don’t worry, it looks curdled at this stage! Continue to beat until smooth.

Combine sugar and water in a saucepan and cook for 5 minutes. Use syrup instead of jam in the recipe above and flavor the finished buttercream with vanilla extract.

Mix in the butter, a tablespoon at a time, beating well after each addition. At this stage the buttercream usually looks curdled. Continue to beat until it comes back together.

Whisk together cornstarch and 1/2 cup milk. Bring the remaining milk, sugar and vanilla sugar to a simmer. Pour the cornstarch mixture into the boiling milk while constantly stirring. Continue to cook the pudding until it thickens.

Using an electric mixer, beat the softened butter until creamy. Add the pudding one tablespoon at a time, mixing well after each addition.

In a saucepan, combine milk, sugar and flour. While constantly stirring, cook the pudding until thickened. Allow the pudding to cool.

In a bowl, beat the butter until creamy. Add the cooled pudding, one tablespoon at a time, beating well after each addition. Flavor the flour buttercream with vanilla extract.

Combine egg yolks and sugar in a medium-sized, heatproof bowl. Place the bowl over a pan of simmering water – the water shoudn’t touch the bowl.

Constantly whisk the egg yolks and sugar for about 5 minutes until the mixture begins to thicken. If you want to pasteurize the yolks, heat the mixture to a temperature of 147°F (64°C).

Remove the bowl from heat. Using a mixer, beat until the mixture becomes pale yellow and the bowl feels cool to the touch.

In another medium-sized bowl, beat the butter until creamy. Then add the egg yolk mixture, one tablespoon at a time, beating well after each addition. Flavor the French buttercream with vanilla extract or coffee.