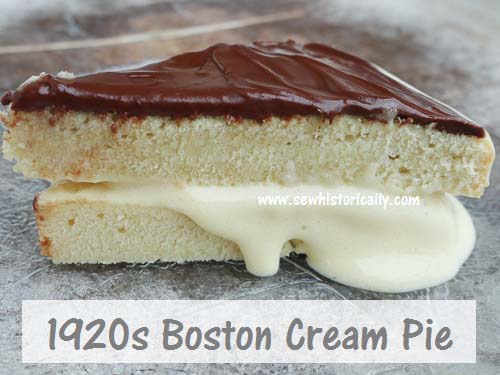 If you read my blog regularly, you know that I’m trying out old pie recipes at the moment. After strawberry, raspberry, orange and mock cream pie, I now made 1920s Boston cream pie. Even if it’s called pie, it’s rather a cake: Boston cream pie is a layer cake with custard filling. 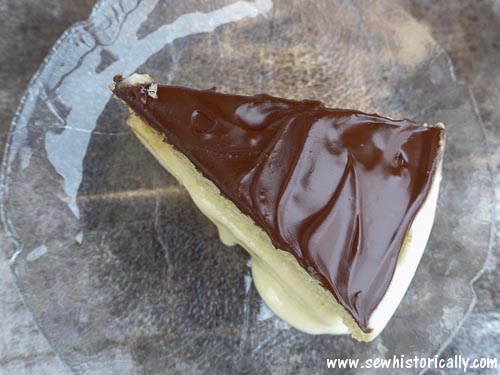 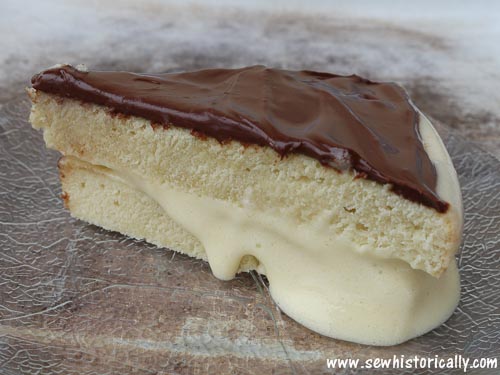 Preheat the oven to 356°F/ 180°C. ‘Cream butter and sugar and add well-beaten eggs, then alternately milk and dry ingredients well sifted. Bake in 2 layers [for 20 minutes] and put together with the following English Cream Filling, with whipped cream on top. 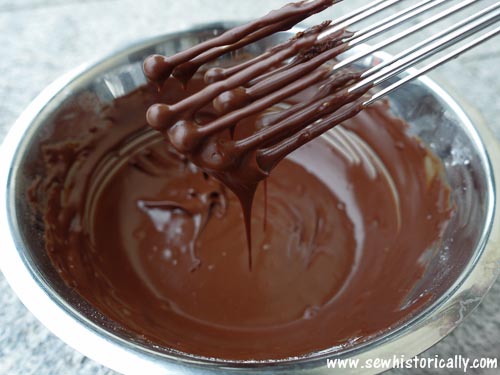 ‘Place two ounces of grated chocolate in a saucepan with half teaspoon vanilla essence and keep at the oven door until melted; then add three ounces glazed sugar and the white of half an egg, place on the fire, mix with a small wooden spoon until just warm, remove, and immediately use as directed.’ (The International Cook Book, 1906) If the glaze is too thick, stir in some (soy) milk. 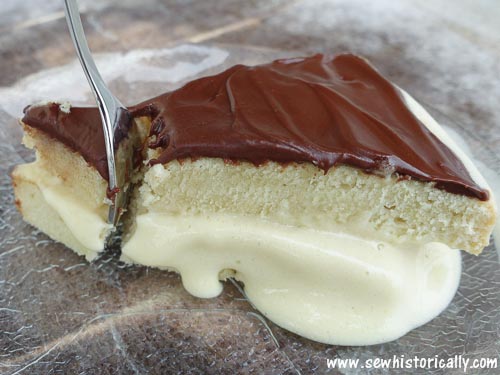 The 1920s Boston cream pie is so delicious! But the filling is too runny; next time I’ll use more flour or add one or two dissolved gelatin sheets. And even though I used just half the sugar, the cake is still very sweet.